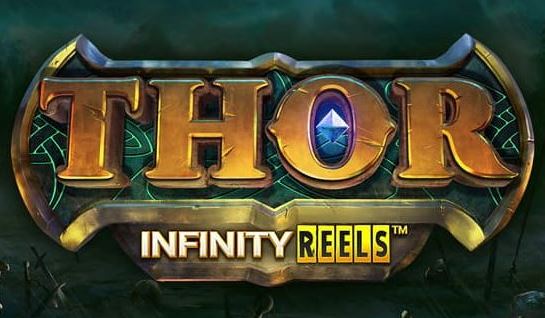 Popular Maltese iGaming software provider Yggdrasil is back in the limelight yet again for the launch of its latest video slot Thor Infinity Reels. The announcement comes barely a week after the launch of Easter Island 2. The company revealed additional details through an official press release, and the new title is described as being ambitious.

Developed by compatriot ReelPlay Proprietary Limited as part of the YG Masters Program, the title draws inspiration from Nordic mythology. Thor Infinity Reels is a fantasy-adventure title that flaunts a winning combination of graphics, animation, art, math, and sound. Players follow the story of Thor, the hammer-wielding god of thunder, as he defends his homeland Asgard during Ragnarok. 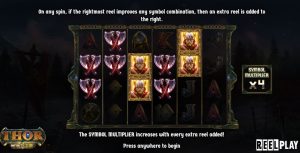 The developers further explained that every new session begins with three colourful reels that are covered with Scandinavian-themed symbols like axes, hammers, and shields. Successful spins ensure new progressive reels are added to the right side of the screen as players inch closer to the jackpot. The game amplifies the winning stake by 888-times.

An Interesting Plot Mixed with Advanced Graphics and Gameplay

Start Mccarthy, Yggsdrasil’s Director of Commercial Operations, revealed that the Thor symbol doubles as the Wild, and amassing at least six hammer scatters triggers the Jackpot Streak Re-spins feature. During the bonus round, the triggering size of the jackpot locks in place before the Hold and Re-spin feature is activated.

The round introduces four colour-coded jackpots that can potentially increase the stake by up to 2,000-times.

McCarthy went on to explain that players lucky enough to fill a Hold and Re-spin feature with sticky hammers will receive an additional reel to wager on. The Jackpot Streak Infinity Bonus is retriggered on every 166th spin.

“Players continue to gain access to a wide range of interesting titles launched under the YG Masters Program. The interesting plot, advanced graphics and animation, and progressive mechanism in Thor Infinity Reels is probably our most ambitious project yet. We look forward to launching similar titles in the next few months”, McCarthy added.

Thor Infinity Reels flaunts a 3-reel 4-row grid with a 96.2% RTP. The betting range is between €/£0.20 and €/£40 per spin, while the maximum win from a single spin is 6,055x the stake. The base game commences with an x1 amplification, and the multiplier increases by 1 with every passing level. 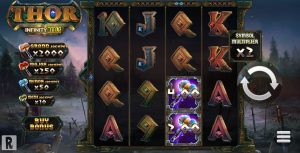 Landing three shield symbols on reels 1, 2, and 3 pays out 3x the current stake. Landing the fourth shield, on the other hand, on the additional reel increases the payout by x2 for a 6x handout. Similarly, landing the fifth shield on the next row triggers a 9x payout.

Players managing to add 12 reels to the grid triggers the Infinity Bonus feature. This amplifies the bumper payout by 888-times the current stake. Landing six or more hammer symbols across the reels triggers the Jackpot Re-spins feature. Players can also win up to 4 fixed jackpots for a total of x2,000 the stake.