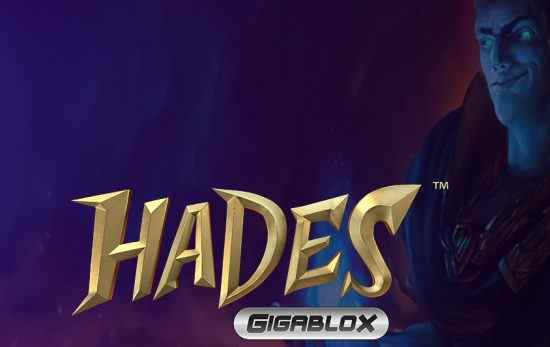 Yggdrasil Gaming is at it yet again with its latest video slot, titled Hades Gigablox. The game features the novel Gigablox technology introduced earlier this year and now being implemented for the second time.

The game’s protagonist, Hades the Greek God of the Underworld, accompanies players through their 6-reel 6-row journey. The high volatile nature is borrowed from Lucky Neko Gigablox; the first instalment launched earlier this year.

The Gigablox mechanics land on random spins, morphing the base symbols into giant blocks, increasing the chances of scoring a big win. In-game features are reminiscent of Hades and unlock devilish delights like the Wild Hunt feature! This triggers Hades to battle the monster symbols at the end of a spin, replacing the defeated icons with winning symbols.

Hades Gigablox features buy-ins between €0.10 and €100 per spin while the medium to high volatile slot features a slightly lower RTP at 96%. Furthermore the game could pay out a possible maximum win of €1,112,900. Nice! Theoretically, the game triggers the bonus round after every 400 spins, which although sounds like a challenge, has a hit rate of 20.5%. In reality, the wait is far more than you’d expect.

A winning combination is formed when three or more matching symbols land consecutively across one of the 50 paylines. Eight symbols are split into high and low payout groups, and the list includes standard card symbols for low payouts while four devilish ghouls represent the high-paying symbols.

These Monster Symbols are worth 4 to 8 times the current stake when appearing across the six reels. Triggering the Hades Wild Hunt round unlocks free spins, and if you’re new to Gigablox-powered games, it might seem a tad confusing at first. Wild symbols substitute any standard symbol irrespective of value and landing five Wilds trigger free spins.

The Multiplier Bar receives +1 point for every monster Hades slays. Filling the bar increases the multiplier and adds two free spins. The multiplier increases by 1x until x10 and landing scatter symbols during the round adds one extra spin each time.

Like Yggdrasil’s popular title Viking’s Go to Hell, Hades is another dark slot with a bunch of interesting features to keep the players occupied. The designers kept each element of the game intact to create an extremely playable title. Apart from the feature list, Hades himself is an iconic part of the game. His constant callouts are interactive, fun, and are filled with personality.

Owing to the highly volatile nature of the slot, landing 400 spins isn’t as daunting if you’re in for the long run. Veterans will surely enjoy the title, and Yggdrasil made sure to add some dark humour to the theme. There are times when players can barely resist punching Lucifer Morningstar in the face as he laughs from his high chair surrounded with gold coins while offering pennies at the end of a bonus round!

Overall, Yggdrasil Gaming has done an excellent job of bringing back fond memories from its previous titles, and Hades lives up to the hype!