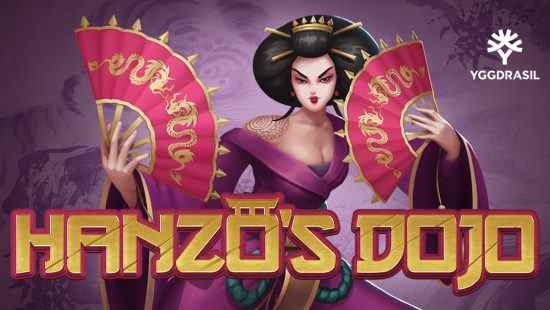 Yggdrasil Gaming, an innovative and progressive thinking internet provider of casino games, has released its latest game, Hanzo’s Dojo. The game is based on martial arts and the Land of the Rising Sun training grounds that are used in the process of becoming the fiercest fighters possible.

The new release is designed to challenge players using a variety of special features such as expanding wilds, free spins and free spin boosts. The extensively detailed graphics and imagery in the symbol creations is part of what makes this lot one well worth investing time playing. From its cultural representation of China to its soft and calming sounds, Yggdrasil nailed it perfectly.

Speaking on the new release, the Head of Slots at Yggdrasil, Jonas Strandman, stated,

“Besides the stylish artwork, the coolest part of the game is Hanzo’s unique mini-slot that offers players a host of bonuses including wild reels and mini games plus extra features and free spins. This adds an extra layer of fun and can turn dead spins into profitable ones in the blink of an eye. We’re sure this will be a game mechanic that will get people coming back for more.”

As players make their way through this epic journey towards being the best fighter possible, they will encounter multiple fighter symbols as well as other culturally accurate symbols such as the bonsai tree.

As expected, Yggdrasil designed the new game to be part of its proprietary HTML iSENSE2.0+. That allows this release to be available across all platforms including mobile and desktop. It also incorporated the company’s promotional tool BOOST®. This puts casino owners in the driving seat when it comes to offering their players special promotions and working towards increasing the overall experience they deliver to their players.

Hanzo’s Dojo has now been released across all platforms, and with the ability to trigger 3×3 symbols, rooftop free spins, regular free spins and expanding wilds, the tools you need to be master of the dojo are waiting for you at your favourite online casino that features the Yggdrasil gaming library.