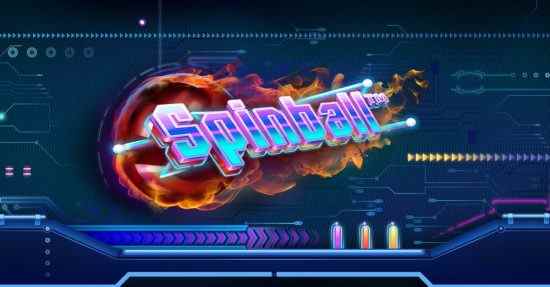 Spinball focuses on a traditional arcade experience that promises to appeal to a newer generation as well. The game’s features include such cool, innovative twists as Left Ramp Booster, Bouncers, and Re-Launch Spin Eye. These simply erase any type of boredom during gameplay. Players are thus in for a real treat with this innovative new slot from Tom Horn Gaming.

Similarly, some of the features guarantee you a win with every hit. Plus, there is a Free Spins Path to go after and claim up to five free games to boost your winnings further along. The slot promises to appeal to both hardcore slot players as well as fans of the Spinball experience.

Moreover, Tom Horn Gaming CEO Ondrej Lapides didn’t miss to comment on the latest installment. According to Lapides, Tom Horn allows players to diversify the experience they are used to. Specifically, the game targets niche demographics and people who want to relive arcade games in a modernised form.

Spinball is not all about the gameplay. The game’s visuals are brilliant. Instead of a traditional grid, players will get a pinball machine through which they can send their ball flying for extra winnings.

Every time the ball ricochets, players will see different winnings arrive on the reels. Similar to traditional pinball machines available back in arcade shops, players can have some degree of influence on the gameplay.

The design elements are all brilliant with neon lights crisscrossing the entire interface. If you want to get a distinct arcade vibe, this is the right game to pick. Meanwhile, the special features also help a great deal.

With the bouncers, you will have a guaranteed big win every time you send the ball bouncing. The Left Ramp Booster shoots the ball even further out into the field with greater force. Last, but not least, the Free Spins Path will bring you even more freebies as you enjoy this arcade gem.

Reinventing slot gameplay has long been a mission for the entire iGaming industry. Yet, skill-based games have been slow to come. Without pioneering Spinball as one such title, players can feel they are in control making for a far more innovative experience.

A game to completely change the gaming paradigm in the past include the award-winning Max Quest, where players can pick their guns and the opportunity to buy munitions and shoot down zombies and mummies for bounty.

Furthermore, the game has won numerous awards and critics recognise it as one of the most – if not the most – innovative slot games of recent times. Spinball is a step in the same direction, creating unique gameplay scenarios.

To sum up, gaming in 2019 has changed quite a bit. Net Entertainment released a new chapter in the Finn Franchise, introducing Finn’s Golden Tavern and the swirly mechanic along with it. iGaming will be changing a lot in the new decade, prompted by player demand for more skill-based games and fewer frills.