The Unthinkable Release: Rick and Morty MEGAWAYS hits the market in February 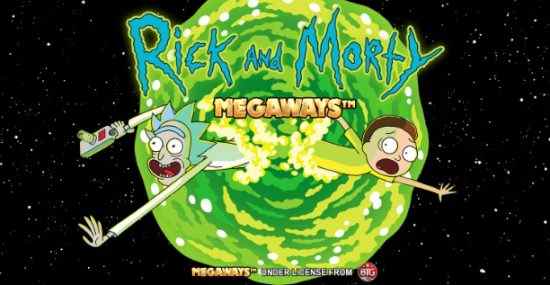 Blueprint Gaming has made us all happy on more than one occasion. From the Megaways series which have proven a clever update on some of the most popular titles out there to signing deals with great franchises – they still have it. Earlier this month, the German game makers released Rick and Morty Megaways Online Slot.

Blueprint Gaming is the first to secure the rights from Cartoon Network/Adult Swim and to publish one of the most controversial and loved cartoon shows. And the game does the show every bit of credit you would expect as a fan.

Once again, the oddball duo of Rick and Morty is back. Rick, a drunkard and a scientist who lost all hope after his wife died, is terrorizing the galaxy for his own personal benefit. Morty, on the other hand, is tagging along – terrified, and often meeting a premature demise.

Rick and Morty Through and Through

The same level of wackiness from the show is captured into the slot, and quite successfully at that. In fact, the developers have created a catchy slot. You might wonder how. Simple enough – just add enough excellent features to make the experience completely worthwhile.

There are popular references to the series, including Pickle Rick and Vindicators Bonus Games. Both are worth a shiny penny, and you stand to enjoy many cool features. The designers have introduced numerous ways to re-trigger your free spins as well.

For example, the avalanche reel mechanic allows you to keep re-spinning as long as you have a winning combination. Meanwhile, there are scatter symbols. If you line three of them in the bonus game, you will trigger a free re-spin. The so-called avalanche reels also apply to the base and bonus games.

A Slot Fans Will Appreciate

Now, Rick and Morty is definitely developed with a focus on the existing Rick and Morty fan base. There are small cut scenes and hidden gems all over the place. You will find the experience absolutely satisfying, thanks to the cool visuals and barmy features.

The paylines themselves are another highlight of the experience, and you have over 110,000 to enjoy. Meanwhile, the betting limits remain pretty flexible for extra convenience. Rick and Morty slot let you bet anything as little as 0.10 and all the way up to 100.00.

The only downside here, in our opinion, is the fact that Blueprint Gaming hasn’t incorporated the actual theme from the show. This may be due to a number of reasons. Cartoon Network might have deemed the theme too good to release the IP.

Then again, an individual artist might have bulked at the idea of having the theme used for a slot game. All are understandable. We definitely miss the lack of the catchy tune but don’t worry – the gameplay is on point.