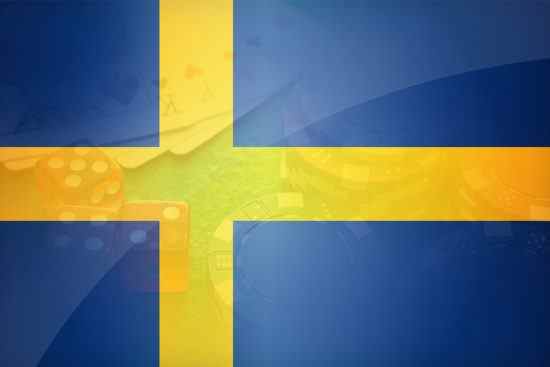 With less than two weeks to go before Sweden’s re-regulated gambling market opens, the gambling regulator of the country released a statement to remind all casino operators that there is no provision made in the new Swedish law for temporary license approvals.

On the first of January 2019 the new Swedish legislation will be in place, which will also mark a new chapter in the history of online gambling and if any off-shore regulated operator wishes to operate or continue operating in Sweden, it would have to be under the new Swedish law.

In the Swedish Gambling market, 2018 was a momentous year and played a big part in the build-up to the new legislation. On the 1st of January 2019, the market will open for operators from around the globe, and the new license system will govern both offshore and Swedish casinos under the same rules. Many of the foreign operators have already marketed their regulated services in Swedish during 2018 to get ready for the new year, which became a much-debated subject since offshore operators are banned from making use of Swedish media for advertising purposes. Although, Discovery Networks and NENT Group are both based in London and were the obvious choice for most operators aiming to target the Swedish players. The new law is fair and promotes parallel competition in which social and commercial media such as Facebook, Twitter and TV4 can display gambling advertising.

The competition amongst off-shore and the state-controlled operators are increasing and the online gambling Swedish Trade Association has already expressed their concerns regarding Svenska Spel, and the state-controlled operator’s compliance with the new legislation since one thing is for sure, and that is that all competitors are now giving the Swedish market all their attention.

The Importance of the New Regulated Swedish Market in Online Gambling

By August over 22 applications were already received by Sweden from off-shore operators and this number increase to 55 by the beginning of October 2018. What most operators waited for was for Sweden to finally revealed its final plans, the proposed taxation level of 18% was announced on the gross revenue of online and land-based betting, online bingo, online poker and online casino games. The Swedish Gambling Authority announced in February 2018 that the new legislation would enter into force as 2019 started although the licensing window would open on the 1st of July 2018 to provide operators with the necessary time to apply for a license.

The importance of the newly regulated Swedish market is that 56% of 15 to 74-year old’s enjoyed gambling activities on an average month and that the market was previously dominated by state-controlled operators, although with the new legislation off-shore operators had the opportunity to grow. The Swedish government aims for channelisation and have already granted licenses to several major brands including Bet365, Cherry Casino, LeoVegas, Betsson Group, MRG, and Bethard. Svenska Spel’s monopoly is nearing its end, although, interestingly the operator sees the new legislation as a positive move and look forward to clear rules that are focussed on protecting players. Sweden is not a globally noteworthy poker and casino market with its population similar in size to that of New Jersey. Although, the real significance is the direction the EU is taking in online gambling laws and its role in reshaping the European gambling market over the next decade. Plus, Sweden is not the only state that was under EU pressure, six others are also accused of failing to comply with the EU, and these include Romania, Poland, Lithuania, Cyprus, Belgium and the Czech Republic. Next would be Netherlands, Hungary, Germany, France and Greece, which means the online gambling liberalisation could be the trend for the next decade.

The Swedish Gambling Authority is charging a fee of 800 SEK for registration, and the license for commercial online gambling or betting is 400,000 SEK, license for both betting and commercial online gambling is 700,000 SEK, and the renewal of the mentioned licensing is 300,000 SEK. Under the new law, the age limit for gambling is 18 years of age and 20 years of age to enter any land-based casino, and no operator is allowed to grant or offer credit to players. Players must have access to self-exclude with the operator as well as via a central register that will be administrated by the Swedish Gambling Authority.

There could be drastic changes in the online market in 2019, especially if the Swedish market follows the examples set by the United Kingdom and Denmark, which could ensure several mergers.