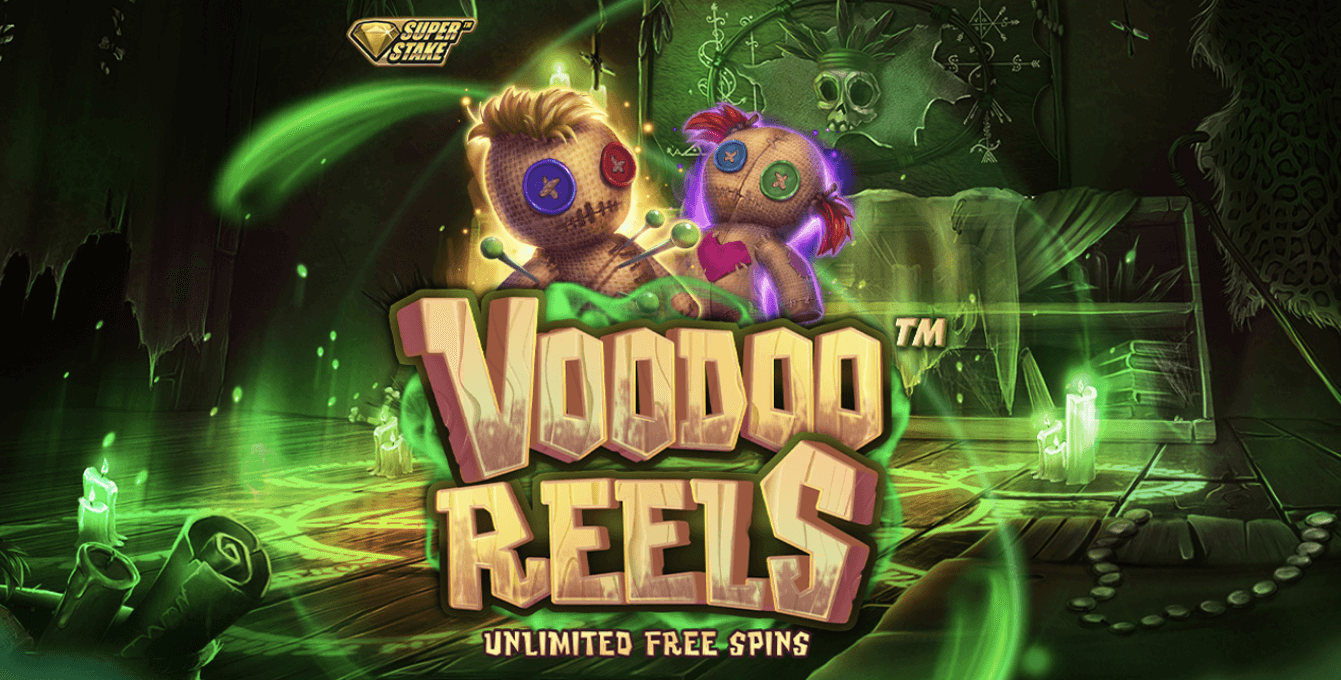 The game takes players on an excursion through a deeply sinister house in Louisiana. The place holds quite a few spell-binding features that can help players win big. However, the spooky theme is accentuated by flickering candles and voodoo props while good luck comes to those brave enough to venture out.

Voodoo Reels flaunts a 5-reel 3-row grid with 10 paylines, and the title is highly-volatile. The game flaunts a range of spell-binding features like Free Spins, Pick and Click Bonus, Sticky Wilds, Wild Mixer, and the game’s highlighted SuperStake feature.

Free Spins are activated when between three and five Scatter symbols appear on the reels, which activates six, eight, and ten free spins respectively. During the Free Spins round, colossal symbols can appear on reels two and four, which offers massive potential for winning.

At the end of the Free Spins bonus round, the Ultimate Free Spins feature is automatically triggered, and the round continues until three Voodoo symbols are successfully collected. Each Voodoo Symbol is replaced by a Wild while colossal symbols remain active during the tenure. 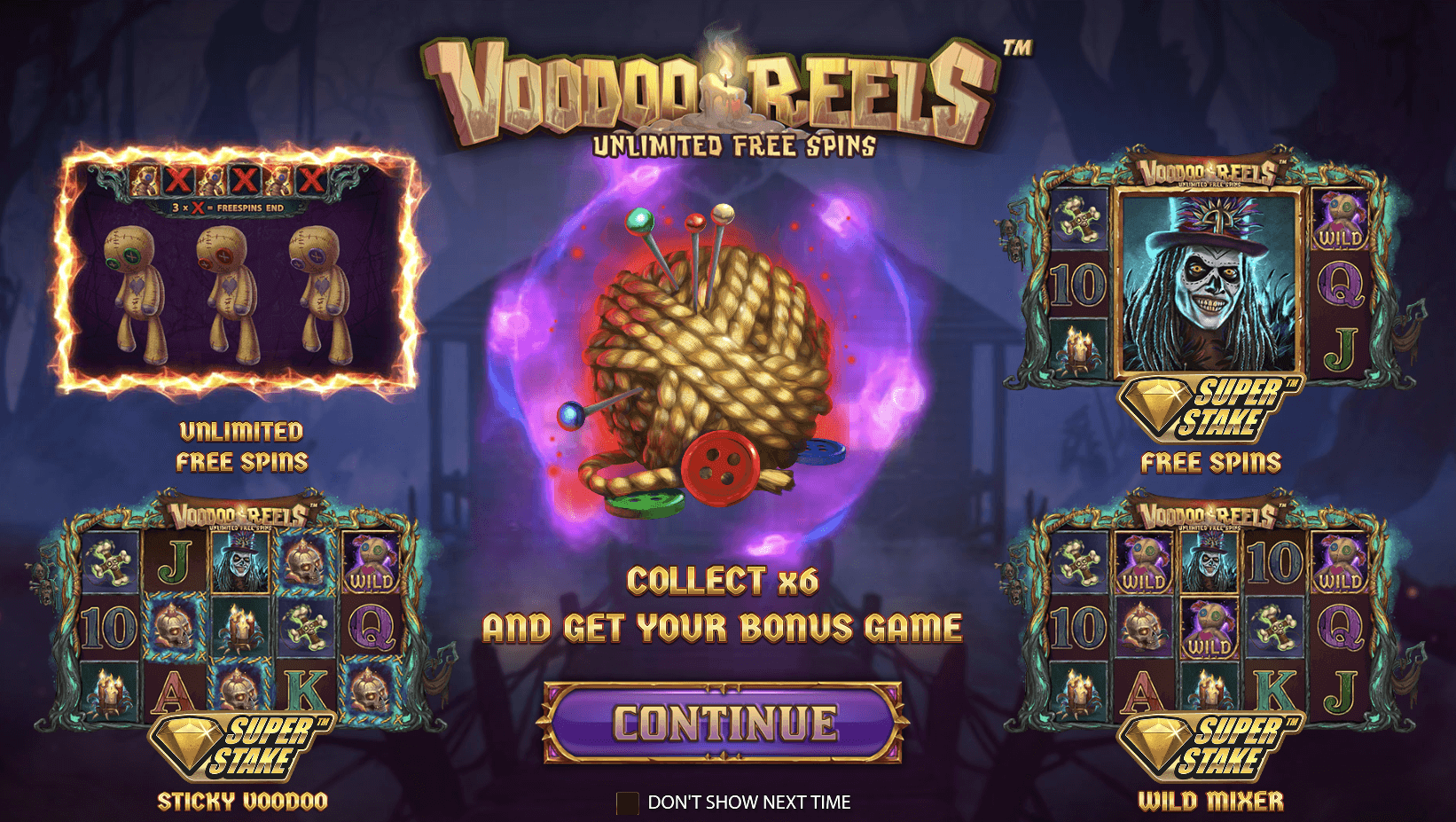 That isn’t the end of the story, however, as the innovative Pick and Click bonus game triggers when players collect six Yarn Ball symbols during the base game. And the process replaces the Yarn Balls with a Wild. Three Voodoo Dolls appear during the Pick and Click bonus game, and players get to uncover a secret treasure by picking one from the lot.

The prizes include Sticky Wild, Wild Mixer, and Free Spins while the game flaunts the innovative Super Stake, which is theoretically triggered once in every 52 spins and produces higher results than the base game. It allows players to successfully double the stake with every spin, increasing their chances of unlocking immensely priceless features. On top of that, Voodoo Reels also offer players a chance to gamble their winnings.

Voodoo Reels flaunts a 96.49% RTP while the buy-in ranges between 10 p/c to £/€100 per spin. The standard symbols include 10-A card icons designed to replicate wood carvings while the higher-paying symbols include candles, skulls, crosses, and a white face-painted man sporting a top hat.

Voodoo Reels can theoretically return between 15 and 50x your bet on a line of five-of-a-kind while the wild symbol ups the ante to 500-times the stake. Furthermore, the Wild symbol replaces every non-paying icon on the grid.

A Word from the Developers

“Voodoo Reels Unlimited Free Spins gives players a chance to summon magic and improve their luck at the game and win big in this novel yet sinister video slot. The game’s generous bonus features also help this endeavour”.

“Voodoo Reels has been designed to offer players a spine-tingling experience by combining thrilling gameplay with spooky designs and equally thrilling soundtracks. The factors combine to deliver a spell-binding experience”.

On the whole, players should definitely considering giving Voodoo Reels a go. The game is really action-packed with lots of features to keep players enticed. Add the fact of the title being higly-volatile and we got a magical mixture. Good luck!