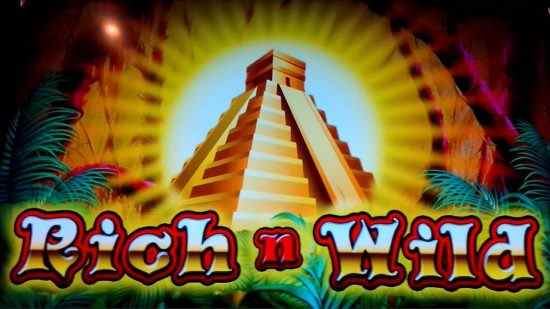 Rich Wild, the most popular slot game character of Play´n GO, is back. Previously, the slot game lovers have heard about him from his latest adventures in Aztec Idols, Pearls of India, and Book of Dead. With the new release, Rich Wild is seeking the legendary Tome of Madness and tries to solve the mystery of the Cult of Cthulhu.

As the pioneer of the iGaming industry in slot games, Play’n GO wanted to create something special with this character. Therefore, they created this game as based on the famous author H.P. Lovecraft’s novel, Cthulhu Mythos. Consequently, the company has achieved great success due to this release. At the EGR B2B Awards, Play’n GO has obtained the Mobile Supplier of the Year award.

The CEO of the company, Johan Törnqvist, said that it was a matter of time to bring this character back on the lists. Moreover, he added that they were looking for the right adventure for him, and 2019 was the perfect time for it. Also, he prognosticated that Tome of Madness will not be the last story of Rich Wild. Even though the provider has recently released this game, the gamblers look forward to seeing the next one in accordance with the CEO’s statements.

About the Tome of Madness

Rich Wild and the Tome of Madness is a mobile-friendly 5×5 slot game with a fixed payline by Play’n GO. The game has 96% RTP and very high volatility. Regarding this, it does not only offer to join the exciting adventure of Rich Wild but also promises a massive earning. Plus, the players can get 2000x of their stake from the game.

The players have to match at least four symbols in order to get a standard win. With every win, they can charge the Portal that unlocks many bonuses. Furthermore, the game has a lot of Wilds that allows the players to win more.

On the other hand, Play’n GO designed this game as multinational as possible. At the moment, the game is available in more than 25 languages, including some of the Asian and South American languages.

Bonuses of the Tome of Madness

In the first place, the game gives the Special Wild, the Book of Madness, and the Necronomicon. That results as a possible replacement of all HP and LP symbols to create a winning match. Afterwards, Rich Wild brings the Multiplier Wild that replaces all HP symbols and doubles the win of gamblers.

Besides, when the players get a winning, they charge the Portal, which is the unique feature of the game. Several winning combinations can trigger it. For instance, when the players load it with seven symbols, it randomly replaces symbols. If they charge it with 14 symbols, two Special Wilds will take the place of two random symbols. Moreover, if those symbols are parts of a winning combination, Abyss will be activated. When Abyss is active, the column or row of the Special Wild and those symbols will charge the Portal.

In other respects, when 27 symbols charge the Portal, two Special Wilds will appear on the grid, as well. Also, if they are part of a winner cluster, they activate Void, which destroys an HP or LP symbol randomly from the grid and uses it to charge to Portal.

Aside, charging the Portal with 42 winning symbols triggers the Other World round that has three various Portal effects. Moreover, during this particular round, the players can activate the Mega Wild and get massive winnings.