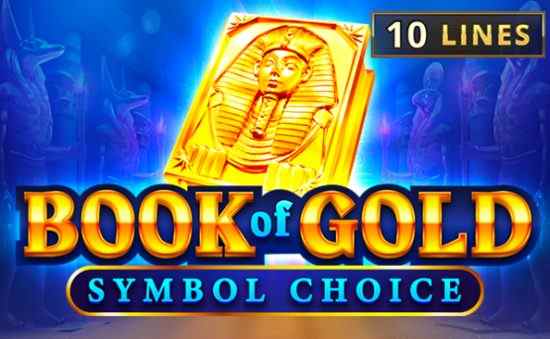 Popular online casino software supplier Playson has just released the latest game of its Book of Gold collection. With this release, the vendor will take you for time-travelling to Ancient Egypt to explore the hidden fortunes of pharaohs.

Video slots with different themes have always been attractive. Especially during the last few years, mythological featured slots have been really successful. With unique symbols, generous bonuses, and tempting stories, they are some of the most popular types of online casino games.

Playson, with the awareness of this, has made an impressive video slot series with an Ancient Egyptian theme, Book of Gold. And recently, it made the debut of its third one; Book of Gold: Symbol Choice. If you liked the first two games of this collection, which are Book of Gold: Classic Slot, and Book of Gold: Double Chance Slot, you should give this one a shot.

In this time-travelling treasure hunt, you have a five-reel and three-row interface with ten paylines. Similarly to old ones from the series, those reels are covered with thematic icons, including an Egyptian ankh, the eye of Horus, and the Book of Gold. Additionally, you have the usual symbols, as well, such as letters.

On the other hand, Book of Gold: Symbol Choice is really attractive with its theme-music. Thanks to that, you will experience the halls of pyramids while spinning the reels. However, that is not the difference that you will notice in the first place. In fact, it is quite similar to the previous titles. The most impressive difference in Book of Gold: Symbol Choice is its one-of-a-kind free spins round.

A Mindblowing Free Spin Round

In comparison to the last two titles, the provider has made something additional in this game. Frankly, it is the interesting free spin round. Despite the fact that it might be confusing in the first place, in that round, you will have more fun than you have ever had before. Consequently, you will say that Playson added a big plus in Book of Gold’s classic gameplay.

Throughout the game, you can consider the same symbol as both wild and scatter. After you get through the free spin round, you will have ten additional spins. Moreover, you will be able to decide which symbol is going to have the highest value amongst others. Plus, when that icon lands on any reel, it also expands through all over it, which makes it even more valuable.

Nevertheless, you should remember that the higher the value mostly means that it lands more rare than usual. Therefore, the only thing you can do is wish for more luck. 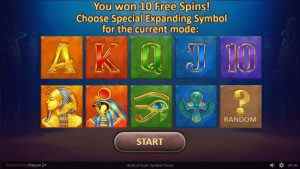 What They Said After The Debut

Vsevolod Lapln, who is the Head of Product at Playson, talked about the game after the release. He said that the Book of Gold: Symbol Choice is another great addition to their comprehensive gaming portfolio. Also, he is sure that providing innovative features with cutting-edge mechanics is the main reason why the players will love this game. On the other hand, for him, having a quest-theme is another attractive detail about this title that will definitely charm them.

Book of Gold series is an artwork itself. Its first two debuts, Book of Gold: Classic Slot, and Book of Gold: Double Chance Slot, have made a notch in most casinos. However, with this debut, Playson has added novelty to its contents. At first glance, there is not that much difference with the other two releases in appearance. However, when you get more into this game, especially after discovering the excitement of the free spin round, you will have extreme fun.

In a nutshell, Playson has created a piece of art with Book of Gold: Symbol Choice. With its Egyptian theme and thrilling features, this title can be your new favourite until the next release.