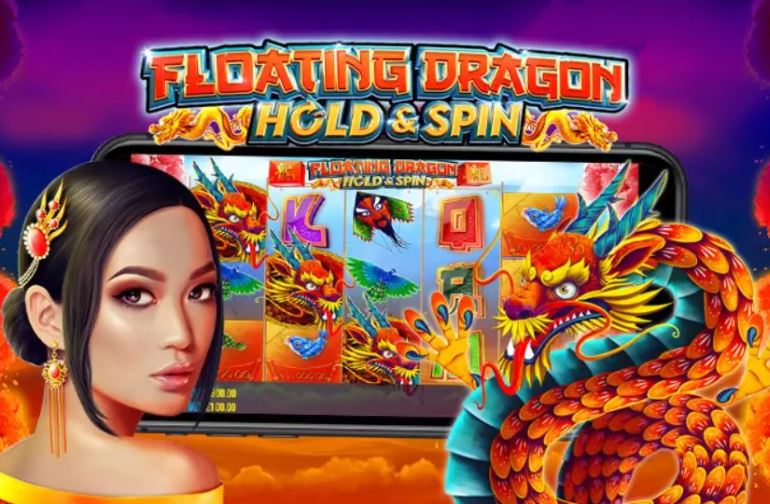 Popular iGaming software developer Pragmatic Play just launched its latest video slot Floating Dragon Hold and Spin. The high-volatile slot is unlike any previous Hold and Spin titles. And the makers claim the surreal gameplay differentiates it from previous titles.

The 5-reel video slot with 10-paylines is set amidst white clouds engrossed by cherry blossom trees. Standard symbols include 10-A card values, while the high-paying symbols are orange, blue, and green Arowana or dragon fish, peacock, butterflies, Chinese masks, and sailing ships.

Each of the three fishes has a distinct value, with the orange being the most lucrative, followed by the blue and the green. Landing at least three similar symbols, except the ship, across the three middle reels in the base game triggers the bonus round. While landing five-of-a-kind premium symbols amplify the stake between 20 and 200 times. 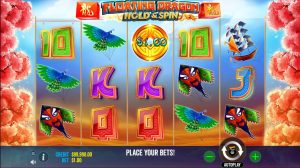 A large dragon symbol is the in-game scatter while money and gold coin icons appear in the middle reels. These icons randomly amplify the total stake by values between x1 and x20. The Diamond Money Symbol is the showstopper and is worth 5,000x the stake. It appears only during the Hold and Spin round.

The Asian-themed video slot is packed with features, including three triggerable modes that the players can aim for. For starters, the Fish Money feature has attached values that can be collected by players if the lady/princess appears across the reels.

Players landing four ladies on the screen proceed to the next round. If no fish symbols appear on the reels, a Firecracker appears, which guarantees a winning spin. 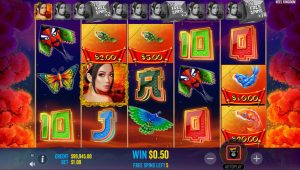 Landing three Coin Symbols simultaneously on the middle reels triggers the Hold and Spin feature. While the coin symbol remains on the screen, the four remaining reels keep spinning in search of more coins. Players get 3 re-spins, and if more coins appear within the duration, the round resets. The Hold and Spin round guarantees x20 the initial stake.

Commenting on the launch, Yosi Barzely, Pragmatic Play’s Chief Business Development Officer, said, “The team is constantly looking to innovate and add new titles to the vibrant portfolio. We are thrilled to present Floating Dragon Hold and Spin to our patrons”.

Barzely also confirmed the studio’s intentions of expanding on a global scale and said; “this is another major positive step up for us”. Floating Dragon Hold and Spin joins Pragmatic Play’s impressive high-payout portfolio and is joined by titles like The Dog House Megaways, Sweet Bonanza, Wolf Gold, and more.

Pragmatic Play’s latest video slot arrives hot on the heels of its partnership with popular online poker platform GGPoker and the multiple-vertical deal content arrangement with leading Paraguayan online casino Doncashino. The studio also has a number of interesting titles in the pipeline. Hot Fiesta is next in line and is slated to launch on April 22nd.