Fire Toad flaunts 1,024 paylines, is set in Hawaii, and has a multicoloured amphibian as its protagonist. The central character grows powerful as the game progresses, handing out bigger wins over time.

Play’n GO currently has over 180 colourful video slots in its portfolio. Titles like Wildhound Derby, Reactoonz, and Gold Volcano are some of the most popular games in the lineup. The studio affirmed that Fire Toad is designed keeping the players’ preferences in mind, and punters will enjoy landing the high-paying symbols and the corresponding wins.

The developer further explained that Fire Toad was designed to be imaginative and bright and was created for punters looking for a bit more visual appeal than usual. The game flaunts a 94.2% RTP and has a firefly symbol as the scatter and wild. Landing three scatter symbols across the reels triggers a free spin bonus round. The prizes include a minimum x10 multiplier and 15 extra attempts. 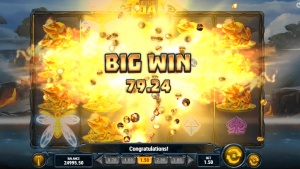 Play’n GO explained that this re-triggerable attraction would award five extra turns to players managing to amass multiple scatter symbols in a single spin. Players can also trigger the game’s four-stage Upgrade Bonus during the free spins round, where the frog symbol evolves to multiply the current stake as the Toad King and lower value icons accumulate on the reels.

Creativity at its Best

Johan Tornqvist, Play’n GO’s Chief Executive Officer, used the press release to affirm the studio’s dedication towards “nurturing creativity” as the developers plan to “stay ahead of the curve”.

Tornqvist further explained that Fire Toad servers as a “prime example” of the studio’s commitment to experimenting with “distinctly unique ideas and visual styles”. The team strives to offer players “the massive potential of over a thousand pay ways”, giving them a chance to walk away with the jackpot.

“Creativity is the soul of entertainment as nurturing and cultivating new ideas help keep the players engaged. Allowing creative freedom also creates a positive environment at work, which motivates individuals to flourish”.

Fire Toad flaunts quite a few novel bonuses. Landing two scatter symbols anywhere on the reels triggers the symbol upgrade feature during the base game. Land five symbol upgrades and watch the protagonist transform from tadpole to king. The four stages of evolution are: 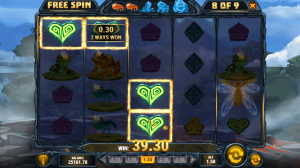 The betting range is between £0.1 to £100 per spin, and the symbol values are quite low. Fire Toad King, for instance, pays up to x5 your stake across the 5 reels, and the base round is rather disappointing. Players must also keep an eye out for fluctuating RTP during the base and bonus rounds.