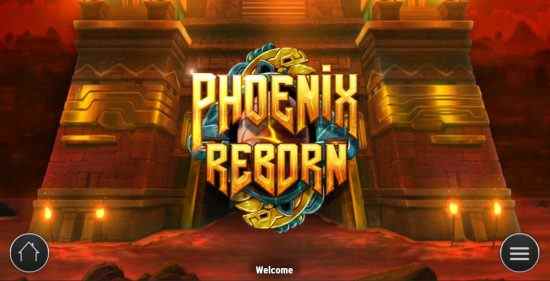 You’ve heard the term, “like a phoenix rising from the ashes”, right? Well, while Play’n Go might not have any ashes to rise from considering its already-elevated status, however it has just released a new slot game known as Phoenix Reborn. And of course, it’s always a great time when such a celebrated developer launches something new.

In this game, you’ll get to travel back in time to the era of the Aztecs. Navigating your way through their civilisation, you’ll be required to join them in finding and revealing the treasure of the phoenix. If you do, you could very well be on the receiving end of a huge pay-off.

Operating as a five-reel slot game, Phoenix Reborn also incorporates six rows for you to enjoy. Across this layout, Play’n Go has chosen to add a total of 40 paylines to bet on. Therefore, it provides quite the appealing layout and setup. Speaking of your bet, you’re able to adjust this easily enough – just use the specific bet amounts listed along the bottom of the reels. There, you’ll find value ranging between €0.20 and up to €100 per spin.

When you also consider that Phoenix Reborn utilises that well-known blend of Play’n Go’s supreme graphics and a stellar soundtrack, it appeals from the very first moment. Imagery upon the reels begins with five standard symbols in the form of Aztec runes, while the higher paying symbols are present in the shape of animals. There’s a toucan, a snake and a panther first. Following this, the very highest paying icons are those of the Aztec king and queen.

Let’s be honest – this would be a Play’n Go slot if it didn’t have a couple of special features built into it to help bring it to life. Fortunately, the developer hasn’t let us down in this respect. There’s a wild symbol first of all, which is active in the form of the phoenix itself. This is a symbol that can stretch across all five rows, giving you more chances at forming winning combinations. With this symbol in play, you’re able to win up to 5,000x your in-play bet!

There’s also the inclusion of the Rise of the Phoenix feature, too. You’ll need to bring three, four or five of the scatter symbol into view to activate this, which is represented by the image of the sun. If you do manage to activate this feature, you’ll be rewarded with seven, 12 or 20 free spins, respectively. You’re able to trigger more free spins with the appearance of three or more scatter symbols during the feature round. Plus, on every free spin, the phoenix wild symbol will always show up on a random reel to boost your chances.

Phoenix Reborn stands out as being another awesome game from Play’n Go. It’s got everything that you could wish for from an online slot, and we’re sure it will be a popular offering from the brand.