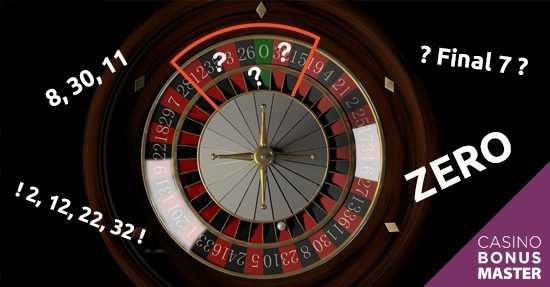 The game of Roulette, in comparison to other table games, is by far, the easiest to play, and for many, it is the most entertaining, even though it is considered a game of chance, technically. Roulette is one that does not require the person playing it to have any specific mathematical skills as it is one that requires you placing bets on single numbers or combinations of numbers and if the ball lands on those, a win is guaranteed.

Historians are firm in their belief that Roulette originated in France and dates back to the early 18th century. It offers a wheel that has the numbers 1 through 36 and, depending on the version, a single zero or a double zero. Game play gets underway after wagers are placed, and the croupier calls no more bets, then a small white ball is spun in the opposite direction of which the wheel is spinning. Winners are determined by the number the ball lands on and or the colour (red or black)

Roulette history, similar to that of blackjack, is one that over the years has been contested as it uses a wheel mechanism that is used in the Italian game Biribi, which was invented in the early 1700’s in Italy. However, historians are of the mindset that is was invented in a primitive fashion by Blaise Pascal during 17th century France, but it wasn’t around 1790 that the first roulette game was introduced.

This was seen in casinos in France that had a roulette wheel that included the numbers 1-36 but showed the single zero in the colour red and the double zero in black. It wasn’t until the early 1800’s that the zeroes were changed to the colour green to avoid any possible confusion.

The version of French roulette that is seen today has not changed since that period. However, as the game made its way to Monte Carlo after gambling was made illegal by the Germans, the French version saw the double zero removed and now only features a single zero. As roulette made it to the shores of America, the double zero was carried on thus creating two versions of the game, French Roulette and American Roulette.

For many, roulette was considered the devil’s game as when one adds up the numbers on a roulette wheel the total 666, which of many is the sign of the devil. There are those who historically felt that the game was created to send messages to the devil. However, there is no proof of that, and it is nothing short of folklore.

The roulette wheel will contain 37 numbered pockets in European roulette and 38 with American roulette. The numbered pockets alternate between red and black, divided equally with 18 apiece. The game begins when bets are placed on single numbers, double numbers, three numbers, four numbers, six numbers, 12 numbers, square bets, black or red, high/low and odd/even. These are identified below but to summarise, they are as follows;

Once all bets are placed the croupier spins the wheel in then sends the ball in the opposite direction of the spinning wheel. The game comes to an end once the ball lands in one of the numbered pockets. All bets are then settled by the croupier and bets will then be allowed for the next game.

How to play Roulette

Whether playing roulette in a land-based casino or online casino, how to play the game doesn’t change. All bets are identified using poker chips of varying amounts. This will depend on the table limits and the number of positions allowed at the roulette table. Each player will have their own identifiable coloured chips to avoid confusion when settling bets at the conclusion of a spin of the wheel.

Before betting in roulette, you should understand the different bets. They are not complicated, but betting correctly in how it correlates to roulette strategy does matter, and as you read on, this will become evident in the strategy section of this article.

A Straight bet or single number bet is one where bets are placed on any of the 35 numbers on the board. If the ball lands on a number a bet was played, it will pay 25:1. Straight bets are often used in conjunction with other bets as a part of roulette strategy and bankroll management.

A split bet is one that players place chips on two side by side numbers, either vertically or horizontally. The payout if the ball lands on either number is 17:1. Many players will use this as part of their strategy for long-term small gains by placing bets on multiple 5-6 two number combinations.

A street bet involved placing a bet on three number combinations that are in the same row. Street bets are paid if the ball lands on any of the three numbers and will pay 6:1.

Square bets or corner bets are bets placed in the middle of four numbers. If the ball lands on any of the numbers it will pay 8:1. Again. This is a bet used by many roulette players as part of their bankroll management while waiting for a straight bet to land.

Sin line bets are bets that involve betting on six consecutive numbers in a horizontal line. Should the ball land on any of the six numbers it will pay 5:1.

A Dozen bet is one that requires bettors to place bets on the first 12, second 12 or 3rd twelve numbers. If the roulette ball lands on any of these numbers it will pay 2:1. This is a common bet made in conjunction with straight and split bets.

Odd and Even bets are betting on odd numbers or even numbers. This will pay 1:1 if the ball lands on an odd or even number. Many will place odd/even bets are a way to manage bankrolls or to spread their risk across the board.

Colour bets are those placed on red or black.  If the ball lands on a numbered pocket that is red and a wager has been placed on red, it will pay 1:1, the same applies to bets on black as it too will pay 1:1. This bet is often made to in conjunction with single, split and street bets as part of bankroll management.

Many roulette articles fail to mention the house edge for casinos. The house edge is the percentage that the casino has in its favour over thousands of roulette games played. As this is a gambling game, the casino must make a profit over the long-term, and as such, the edge will always favour the house.

However, this is an acceptable percentage, and with the right strategy, that percentage for those that apply strategic play will see that reduced over time. It is also why most players will spread their bets across multiple betting selections such as combining a straight bet with a split bet, square bet and street bet.

Strategy in roulette is critical for long-term success. This is a game that has faced substantial odd calculations and analysis over the years as those with a keen understanding of the game, or those with a higher level of mathematical skills undertake study of the game who develop strategies that return favourable results. However, while strategies do work and can increase roulette profitability, ultimately, most relate to the betting side of roulette, and not a number strategy. Below we highlight the most popular that are currently considered the best to follow.

This is one of the most famous of strategies being used today. The system is quite simple to follow and focuses on doubling your bet anytime you lose in a game of chance. As roulette is a game of chance, the Martingale strategy applies. By doubling your bets after each loss, the theory is that the first win you achieve will recuperate your previous losses and will provide a minimal profit.

The theory is that as a game of chance, it is essentially a coin flip. If you choose to bet on odd/even or red/black, your odds are 50%. So by doubling your bet, you cover your losses with the next win.

The main disadvantage to the Martingale strategy is what in the world of gambling is called “Gamblers Fallacy”. This is when a gambler believes that one thing happens more often than the other, and this can be the downfall of anyone believing this to be true. As roulette offers both red and black on the wheel and each are equally represented on that wheel, believing red will hit more often than black is simply irresponsible

The other disadvantage to the Martingale is that at some point, every player will hit the maximum amount they can bet or can afford to bet and if on a losing streak, the strategy will wipe out all remaining chips in your bankroll.

The Labouchere is more geared towards odd/even or red/black bets in roulette as for it to work; you need odds that about 50%. This system uses a number sequence that you create based on how much you hope to win. An example would be: 1-1-1-2-2-2-1-1 – in this scenario, your first spin of the wheel would be based on the minimum stake for the roulette game played as this strategy dictates you take the first and fifth numbers (the numbers represent betting units or chip values)

If you won, you then would select the second and fourth numbers, and so on until all have been used. At that point, the system begins the cycle again. What this means is that every time you place a bet, you are dropping the first and last number, and should you use all numbers, then you should have a profit.

The D’Alembert strategy is very similar in design to the Martingale strategy system in so far as it works in combination of lowering your overall risk. It reduces the chances that a player will suffer large losses or lose their bankroll entirely.

The system focuses, for the most part, on outside bets such as 1-18, 19-36, odd/even and red/black. The assumption of this strategy is that the number of times you win versus the number of times you lose will equal itself out. Using this strategy you start betting, and if you lose, you increase your bet by a single chip, if you win, you reduce your bet by a single chip – the premise here is that over time, a small gain will be realised. However, it requires that you follow the system religiously.

This style of strategy is one that is made on progression betting. This means that you will not recuperate your losses with a single win, but over time, will gain a small advantage and slowly build your bankroll. It is also a lot more affordable than the Martingale system as the bet increases are smaller, and for casual players, this is more ideal.

Roulette is, next to blackjack, one of the most popular games in a casino, and in reality, if is almost on par in popularity. This is largely in part that it attracts casual players who do not study strategy and more so play for the entertainment factor. However, for those who take the game more seriously, applying strategy can make the difference as roulette is a game of chance, and therefore applying strategy into your roulette sessions allow you to see small gains versus large ones.

Many players make the common mistake of looking for the “big” win, and this is often their fall from grace, and in roulette, that is not as easy to do unless placing large straight bet wagers and hitting. By staking your bets and using strategic play, it allows you to concur the game is a responsible way. Ultimately, that is a win as all games of chance have an edge that favours the house, so walking away with a 25% over what you took to the table is a successful day at the roulette table.