Online gambling in Australia coming to an end? – Who’s to follow? 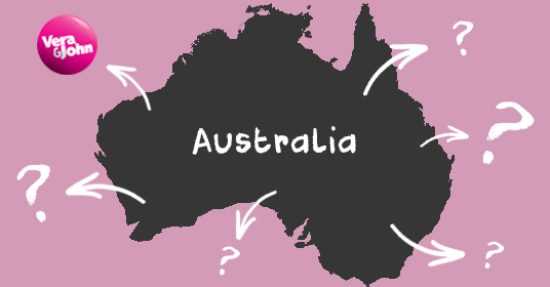 One of the biggest names in the online casino industry already announced they are pulling back from the Australian market. Vera&John casino, with its headquarters in Malta, decided to close doors for Australian players.

By the way, if you are looking for some solid online casino to play at, you should definitely take a look at our in depth reviews by clicking on the link below!

Although, no formal statement has been published on the casino website, Vera&John has notified all registered Australian players via email of their business decision which is a direct result of the new and protective amendments to the Australian Interactive Gambling Act 2001.

“We’re always sorry to say goodbye, but the time has come. Due to a business decision, Vera&John will no longer be able to offer its services in your jurisdiction. Your account will officially be closed in one week.

As of today, you will no longer be able to make deposits to your Vera&John account. Any funds which have not already been removed from your account can still be transferred to your preferred payment provider within the next week.”

Alan Tudge, minister of human services, stated: “The government is committed to taking tougher action against illegal offshore wagering providers and this bill does exactly that”. Not a word lied! The new amendments gives powers to the Australian Communications and Media Authority (ACMA) to inflict penalties of up to 6.75 million AUD for operators found to be in breach of the new legislation.

It is predicted by many that other European operators who currently offer their services to Australian players will also join the “exodus”. Rumor has it that one of the biggest online poker platforms PokerStars is next to close its doors.

Furthermore, one of the world’s biggest software providers Playtech also announced they are shutting their doors in the Australian Market. For your information, this is on software level, meaning Australians will not be able to play any games provided by Playtech.

UPDATE (5-9-2017): Both Wunderino and Slots.Cafe have announced that they no longer accept new players from Australia. Unfortunately, the Australian Exodus is getting real with all operators closing doors. We are sure there are more to come. Who’s next? Slots.Cafe stated the following on this matter:

“On the 17th of August 2017, the Interactive Gambling Amendment Bill 2016 was passed by the Senate of the Federal Parliament of Australia. Australia’s Governor-General has since signed off these amendments formally beginning a 28-day waiting period before the amendments come into legal effect on the 13th of September 2017. Due to these recent events, Slots.Cafe will no longer accept new Australian players from the 7th September 2017.”

UPDATE (27-6-2017): ShadowBet officially annouced they are also leaving the Australian market starting from the 27th of June:

“We are very sorry, as we have to inform you, that following recent regulatory changes, ShadowBet is obliged to block the Australian market, starting from Thursday 27th of June. As a result, new registrations from Australia will not be possible. Existing players from Australia are still able to access their accounts and withdraw remaining funds. Full account blocking is planned for 27th of June 2017.”

UPDATE (14-6-2017): InstaCasino officially announced that they have made the decision to stop accepting Australian players, effective from Tuesday 27th of June 2017. Australian customers will have the time to withdraw remaining balances until the closing date.

UPDATE (28-4-2017): The Australian government lost no time.. Australian ministers have taken serious steps in the form of 11 new measures (The National Consumer Protection Framework) in order to eliminate online problem gambling. Some of the measures: online gambling operators will no longer be allowed to offer lines of credit to players, links between providers and payday lenders will be forbidden and a national self-exclusion will be implemented. You can read more about the latest developments here.

UPDATE (21-4-2017): The Australian exodus is ongoing! After many others, Royal Panda and Betreels are the next two online casinos to withdraw their services from the Australian market.

UPDATE (13-4-2017): Lucky Dino casino is the next operator to close its doors for Australian players. Seems like Australians are meeting the same fate as US players a couple of years ago. Lucky Dino stated:

“Due to legal developments in Australia we are forced to close the market. We will block the registration of player accounts on Monday 17th April 2017. All existing players will be notified about this and they have until the end of April 2017 to withdraw their balances.

We apologize for any inconvenience caused by this.”

UPDATE (16-2-2017): Lapalingo.com also announced that they are pulling back from the Australian market. Lapalingo will no longer accept Australian players starting from the 20th of February 2017: “Due to the current legal situation, starting from the 20.02.2017 we cannot accept any players from Australia. All already registered players cannot make a deposit or play with real money. The players who still have credits in the user account will be disbursed or can instruct the withdrawal.”

We wish we would have been able to inform you sooner, but the new laws and fines that came with them came very sudden, and we can no longer risk accepting Australian players.

Thank you for your cooperation and understanding!”

UPDATE (2-1-2017): We have been informed by reliable sources that Karamba and Leo Vegas are also preparing an exit from the Australian market. We are currently waiting for an official statement on this matter.