Online casinos targeting the Dutch market are shutting down 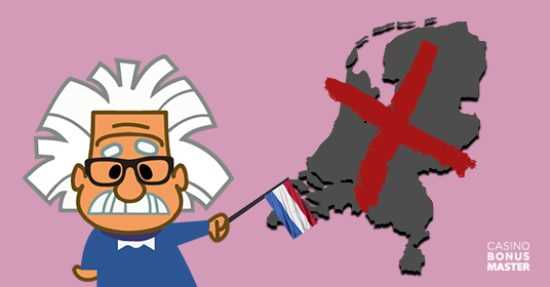 Although we do not list all casinos that made the decision to close their doors, we feel like this is important news that we would like to share with you. After some legislative changes on part of the Dutch Gaming Authority, also known as KSA (Kansspelautoriteit), the management of multiple Dutch facing Online Casinos made the decision to close doors. The legislative changes in the Netherlands are aiming on strengthening the enforcement of Dutch gambling legislation, which prohibits remote gambling, well at least for now. The Dutch government has new legislation in the pipeline to allow online casinos on the Dutch market through a licensing apparatus.

Following the KSA announcement most NL facing online casinos decided to close their doors. Furthermore, former Zon Casino will be rebranded to PlaySunny Casino. Additionally, Quasar Gaming has also announced that Dutch players won’t be able to play for real money or register a new account at the website.

New remote gambling legislation
Currently, online gambing is illegal in The Netherlands. However, the government is working on a new bill that will allow online casinos to offer games of chance on the Dutch market. The bill gives powers to the KSA to enforce the new gaming legislation. The bill is currently awaiting approval from the Dutch Senate. Once approved, the KSA will be competent to grant licenses – under strict conditions – to offshore wagering providers who have applied for a Dutch license.

UPDATE: Royal Panda has also announced that they will not accept any Dutch players, effective immediately. Who will be next?

UPDATE (02-06-2017): Florijn Casino is the next online operator to pull back from the Dutch market after the KSA’s policy change. As of now, the Netherlands is added to the list of restricted countries.

UPDATE (05-06-2017): Next operator to withdraw from the Dutch Market is Yako Casino. New players from the Netherlands are no longer accepted, but existing players can continue their play.

UPDATE (12-06-2017): Following the regulatory developments in the Netherlands, InstaCasino decided to close door for Dutch players.

UPDATE (14-06-2017): Next online casino to withdraw from the Dutch market is CasinoRoom. Unfortunately, Dutch players are no longer allowed to play on the CasinoRoom gaming platform.