Popular Malta-based iGaming software developer NoLimit City recently partnered with online sportsbook and casino provider TOPSport to strengthen its foothold in the Lithuanian market. The agreement solidifies NoLimit City’s stature as a new age contender as it becomes the fourth operator to vie for the Baltic markets.

This hardly comes as a surprise as the Malta-headquartered firm considers Europe a key zone in its expansion plans. TOPSport.lt, licensed by the Lithuanian Gambling Supervisory Authority, was the first betting agency in Lithuania. It set up its first betting shop in Kaunas back in November 2002 and the first internet betting services in September 2005.

TOPSport.lt has since expanded to become one of the biggest iGaming services in the Baltic region. Malcolm Mizzi, NoLimit City’s Chief Commercial Officer, in the official press release, said;

“TOPSport is one of those brands that resonate. NoLimit City is proud to partner with one of the most recognizable names in the Lithuanian market, and we plan on leaving no stones unturned to strengthen this partnership. We’re proud to see our games go live on yet another Lithuanian platform”.

The Perks of the Nolimit City – TOPSport Deal

In nearly two decades of operation, TOPSport amassed betting shops in 71 locations across 28 states. The operator is dedicated to continuing its expansion drive throughout the nation while focusing on expanding the online vertical with the launch of new exciting games like San Quentin xWays, Fire in the Hole xBomb, and Deadwood that are currently in the pipelines.

“We’re proud to enter an agreement with NoLimit City. Adding so many unique titles to our library helps diversify our line-up while allowing us to stay on top of our game in terms of quality and quantity in the region”.

NoLimit City is renowned for its range of tantalizing casino games, and the developers are looking forward to launching a ton of exciting titles. The Baltic region has turned out to be a goldmine for the company due to exploding demand. Having already set up a strong presence in Estonia and Latvia, moving into Lithuania was the next logical step.

The partnership comes right on the heels of their last deal with London-based Bet Seven Online’s soon-to-launch platform Super Seven and Italian iGaming services Booming Games and Blox. Founded in 2020, the brand hosts the latest and greatest titles from reputed iGaming software developers, and NoLimit City is the latest addition to the list. 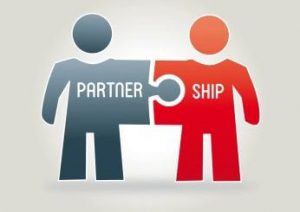 “We’re amazed by the determination behind the project, and it’s clear that the talent at work behind Super Seven is to be reckoned with. NoLimit City is truly honoured to be one of the brand’s highlighted suppliers as it goes live”, Mizzi added. Super Seven will go live in the next couple of months.