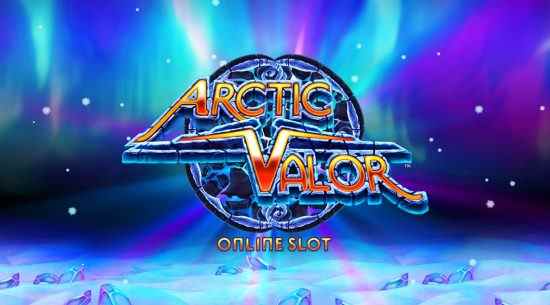 What do you do when you want to enhance your status as a software developer? You unite with one of the world’s biggest and best-known brands. That’s precisely what Crazy Tooth Studio has done, entering into a long-term deal with the Microgaming software company.

Operating together, these two brands have created a wonderful slot game release that goes by the title of Arctic Valor. It is this game that will act as the first official offering – developed by the Crazy Tooth Studio brand and available exclusively for the Microgaming provider. And let us be one of the first to say that this slot game packs quite the punch, giving players an insight into what the future holds for this unison.

Arctic Valor incorporates a total of 4,096 ways for players to win and operates with a six-reel and four-row layout. There’s a twist of the mystical and magical appearing in the game, with Valkyries swooping in to provide assistance, as well as intriguing inbuilt features that will wow all sorts of players. Of course, as the title suggests, there’s a little bit of a chill in the air in the slot too, with icy Arctic weather playing a part in the overall theme.

Naturally, Microgaming wouldn’t just unite with any other developer, and judging by the inbuilt features, overall game content and high-quality graphics in use within Arctic Valor, Crazy Tooth Studio is more-than proving its worth.

The slot features some very intriguing symbols upon its six reels, such as various snowflakes, weapons for the Valkyries to use in their fights and, of course, the mystical warriors themselves. These Valkyries are what provide the game with its highest-paying standard symbols. Plus, these can show up in stacks on the reels too, offering up wonderful animations in the process.

But what of the game’s special features? Does Arctic Valor go beyond expectations and incorporate some additions that make it ultimately more appealing? Well, the answer to that question, is yes. There’s a Falling Icicle feature first of all, which sees icicles begin forming above the six reels during gameplay. Each of the spins that you make has the opportunity to see one or more of these randomly fall onto the reels. As they do, they shroud over up to three symbols and when you shatter them, you receive some awesome hidden rewards. The symbols beneath can also be transformed into wilds in the process.

Let’s not forget about the slot’s free spins round either, because when you spin three or more of the scatter symbols into view anywhere, this will activate. Icicles form and fall a lot more frequently during this bonus round, and if you land a full stack of Valkyries on a reel on one of the seven free spins, the icicles will instantly enlarge to their maximum sizes.

This is one of those games that shouldn’t be missed out on, and it’s clear that both Microgaming and Crazy Tooth Studio aim to impress with this one.