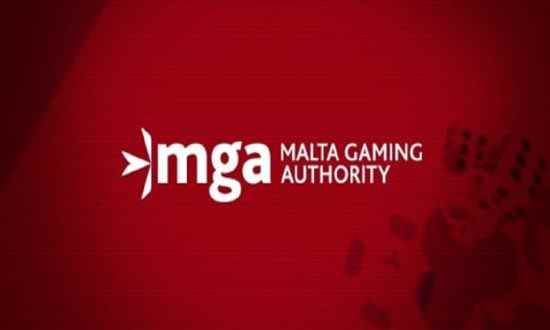 It appears as though the Malta Gaming Authority (MGA) isn’t one to shy away from being ambitious, with its latest project potentially bringing in a new and unified self-exclusion system for all its online licences.

A recent upgrade took place that incorporates such a self-exclusion scheme for the regulatory body’s land-based game operators, and now the MGA is looking to create something similar for the online gaming world.

As things stand, gaming operators that hold licences from the MGA are obliged to provide tools that allow players to self-exclude. Yet, there isn’t a unified system in existence for the moment, meaning that anyone who chooses to exclude from one site, does have the option of seeking gambling services from other operators. It is this gap in the system that the Gaming Authority is conscious of, noting is as potentially being an issue for problem gamblers. It is because of this that the MGA is working towards a unified system where players will be able to self-exclude across all its licensed gaming channels.

Speaking of the future plans of the MGA, the Chief Executive Officer, Heathcliff Farrugia said that the protection of online players is one of the key focuses for the regulatory body. He noted that over the years, the MGA has witnessed various efforts from operators to incorporate their own responsible gaming measures. However, Mr Farrugia went on to say that the MGA believes that a unified self-exclusion system should be “well received by the industry” as well as by consumers.

To combine its efforts with those of other operators that hold licences in alternative jurisdictions, Malta’s regulatory body could also evaluate the possibility of opening its system up to such platforms. This would mean that other regulatory bodies don’t have to provide such to their licensees, and the MGA could provide its system to them for a subscription amount on a voluntary basis.

Back in Time for the Inspiration

The idea for a unified system to be brought into place was actually suggested in May of 2018. It was at that time that Mr Farrugia spoke of the efforts by online operators to cater to players with gambling problems.

He would go on to note that the self-exclusion system he had in mind would allow players to block any and all access to Malta’s licensed operators when they select the “opt-in” tool via a single one of its sites. With the unified system, operators will go on to pass information along to all other local operators, which will then ensure that the player is blocked from all sites under the MGA.

At the same time as deciding upon the creation of a unified system, the Gaming Authority also thought up the idea of creating a central self-exclusion website. This would provide an online form for users to enter their details into, as well as be the central hub of the self-exclusion database. It is this that would be able to match customer records across various accounts and ensure that the exclusion system is executed across all of them.

For the time being, the regulator is looking for opinions on the best kind of technology to use for the creation of such a system. It should be noted that the final system will likely incorporate a combination of different solutions and technologies, with both centralised and de-centralised products being integrated into such.

Authority Building Off of the Success of Other Schemes

The land-based casino self-exclusion scheme that the MGA brought into effect last year was such a roaring success for the body, that it seems quite likely that there’s a necessity to build up on the foundation that this had crafted. Within the first six months of 2018, a total of 869 self-exclusion requests came in from land-based gamers of casinos holding licences from Malta. Granted, this does differ greatly in comparison to the total of 540,000 requests that were received from the online community in 2017.

It is such figures that have led the MGA to try and craft the aforementioned unified self-exclusion scheme for online players. For those people who do wish to share their ideas for the scheme, there is a form available to fill in. This is located on the Maltese Government Electronic Public Procurement System, where submissions will be accepted until May 31 this year.

Naturally, the implementation of a unified system will require careful planning to take place, so as to ensure that the design meets up with its intended objectives.

Of course, the body has also prepared an Alternative Dispute Resolution Directive, for anyone who wishes to complain about the system prior to or after it has been created. However, the creation of such a system can only be something positive for the online gambling industry. This has been rife with problems for the past few years as far as gambling addiction is concerned, and if the MGA is taking steps towards a potentially more successful system, then the likelihood is that it will receive maximum support.