Expansion Luckbox in Latin America by Partnering Up With Thunder Awaken 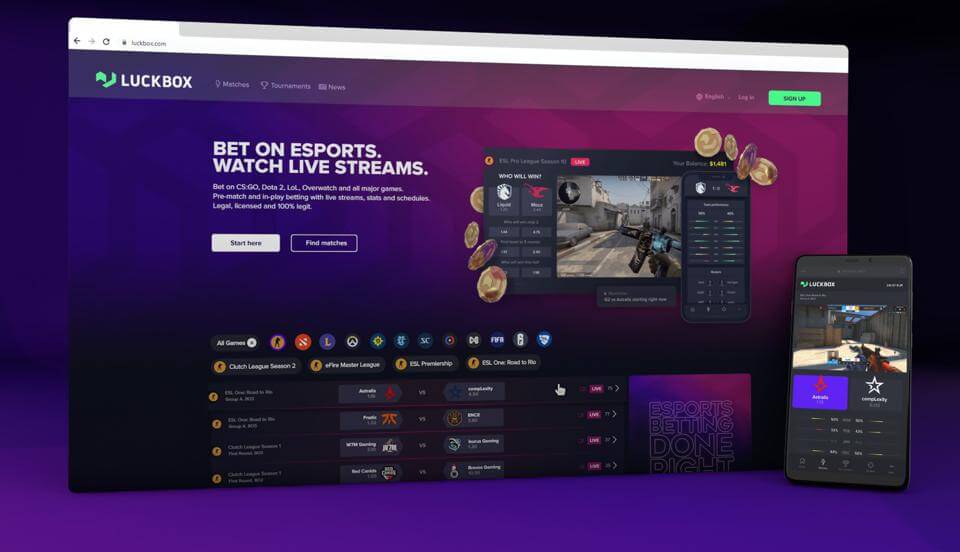 Real Luck Group Limited, a leading Isle of Man-based iGaming operator, announced that they are to continue expanding their presence across Latin America by signing a sponsorship deal with the Peruvian Thunder Awaken eSports team.

Real Luck is taking a major leap forward in their marketing campaign with this sponsorship. Betting platforms have been gaining momentum among players, who are now discovering them through various influencers and teams.Thunder Awaken is the largest professional eSports team in Peru, with a loyal and expanding fan base that spans across 16 million.

The partnership provides a number of significant marketing benefits, ensuring that the local reach is highly engaged and expansive across both eSports events as well as sporting occasions.

Luckbox is a subsidiary of the Real Luck Group. They offer real-money betting, associated live streams and statistics on major events through an online platform over 80 jurisdictions around the world. With its extensive iGaming industry experience and passion for eSports, this Isle of Man-licensed platform offers punters a betting experience like no other. In November 2020, Luckbox was named Rising Star at the EGR Operator Awards.

The Company has developed their own, in-house customized user interface and user experience to support eSports betting. They do this through implementing technology that supports multiple odds feeds as well as streaming sources for viewers who want real time updates on events around the world!

“Peru is a strategically important market for us not only given the huge interest in eSports but also for expanding our online casino and sportsbook offerings to bettors in this vibrant market. This new initiative also gives the Luckbox.com brand exposure to 16 million Thunder Awaken channel fans via the Dota 2 International 11 competition and we look forward to working with local regulators and providing additional details regarding our Latin American growth strategy over the coming months.”

The two companies are committing themselves to an “important branding campaign”. The Peruvian eSports team is making waves in the international gaming community. They have already signed deals with companies such as McDonalds and Intel as they gain nationwide and global exposure through their performances, which will only help them grow even more!

There has been a significant upturn in player registrations, traffic and deposits for Real Luck Group Limited since August! The total player deposits grew by 197% to push its associated net gaming revenues up 144%.

The Thunder Awaken partnership is representing an ‘above the line marketing initiative’ for eSPorts in South America. Destined to complete significant branding and a countrywide integrated approach in Peru.

It looks like Luckbox is on the move and we’re not surprised. The company has already expanded into new markets, so it’s only logical that they continue doing this as their success grows!