LeoVegas Awarded one of the First Gambling Licenses in Sweden 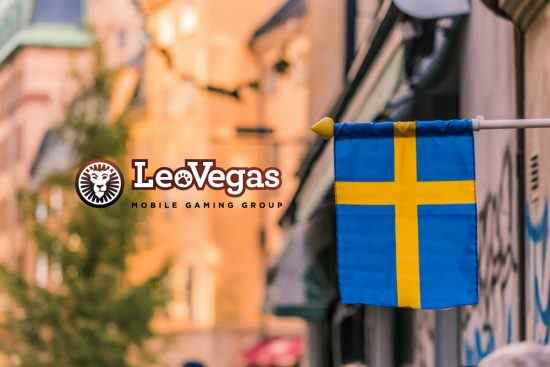 LeoVegas Gaming Plc, a subsidiary of LeoVegas, announced today that it is amongst the first to be approved and awarded a Swedish Gambling License. As such the operator has the permission to offer online casino and sports betting services from the 1st of January 2019, when only licensed companies will be able to legally operate in Sweden.

The Group CEO for LeoVegas, Gustaf Hagman shared that for LeoVegas it is a milestone since the operator had been waiting for quite some time, while the application process was extensive and described by Hagman as hard work. LeoVegas have been awarded licenses by several countries and is experienced in operating in regulated environments.

In recent years the company have substantially invested in LeoSafePlay, and responsible gaming, an area Hagman confirmed will remain a fundamental part of LeoVegas’ operations. For LeoVegas, being amongst the first to be granted a license is proof of being a serious player in the industry as well as a quality seal.  LeoVegas is one of the most renowned brands in Sweden and offers the best mobile experience, making it a hard to beat combination assuring its strong position in their home market.

Its expansion strategy is to focus on markets in the process of being regulated and regulated markets, according to the Q3 2018, 35% of revenue, today is regulated market generated. With Sweden entering the regulated market, it is expected that this figure will increase to 60% early next year. The Swedish market plays an important part in LeoVegas reaching its 2010 financial targets

LeoVegas welcomes the extensive guidelines that govern regulated markets regarding responsible gaming. The operators’ experience from such markets helped to develop its marketing and organisation methods to provide the greatest online gaming experience in a most sustainable way. For example, in responsible gaming, the central register serves as a valuable tool for players who elect to close their accounts.

Responsible gaming has always been the operator’s focus and has pushed them to create LeoSafePlay, a standalone business based on A1 and machine learning, created to ensure the best conditions for future generations.

According to the experience of LeoVegas, regulated markets support strong brands, while more marketing channels are available such as Facebook and Google, which means that marketing will decrease in the Swedish market. In a regulated market, gaming operators need to pay taxes and in Sweden, it is 18% of revenue, the taxes will be shared with external suppliers of LeoVegas and absorbed by other forces, to partially lighten the liability on the income statements of the operator.

As a GameTech premier company, LeoVegas is at the forefront in utilising the latest mobile gaming technology, which confirms its statement of leading the way into the future of mobile. Data-driven marketing coupled with technology focus plays a large part in the operator’s success. While LeoVegas is located in Malta, all technology development takes place in Sweden, and currently, the company offers live casino, casino gaming and sports betting via its two global brands, Royal Panda and LeoVegas as well as several local UK brands.