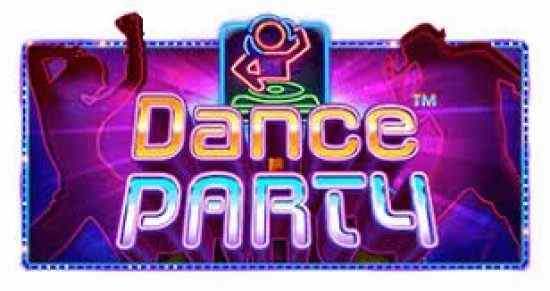 It seems like the disco revolution has never left us. With Pragmatic Play’s latest disco-inspired slot game, Dance Party, this statement holds true. Now, Dance Party slot is not just an attempt to reap benefits at the expense of disco music.

Not at all. Pragmatic Play has really gone above and beyond to deliver a stellar product. Whether this has panned out, we’re about to find out together. First thing first, the neon-lit user interface is brilliant.

It successfully recreates a neat disco vibe which is great. Meanwhile, the grid is pretty standard – 3 reels by 5 rows. The configuration is filled up with neon lights and sparkling symbols. And besides, there is a great disco soundtrack theme in the backdrop to make things truly outstanding.

Speaking of features, the game definitely doesn’t spare you much in the way of cool detail. You will get to enjoy free spins and a hefty multiplier. Yes, the volatility is high, so budget players may need to wait a bit for a win. But overall, Dance Party is very much worth it.

Dive into Dance Party and Dance the Night Away

Now that you are familiar with the setting, it’s time to explore the features. First, you have the free spins. To trigger those, just land five diamond scatter symbols, and the rest will follow.

However, the real question is – how many free spins can you expect? Dozens according to the developers. The paytable says that you can claim up to 60 extra spins. To make things even better, you get to enjoy a multiplier. A multiplier that can boost your winnings 30 times!

Now, if there is one game that is setting standards in March, that’s Dance Revolution. Pragmatic Play has truly gone out of its way to favour the players significantly. Has it paid off? You are about to find out yourself.

The company has taken very fondly to their latest release, too. For example, Melissa Summerfield, Chief Commercial Officer at Pragmatic Play has said that the game offers highly-immersive gameplay.

She focused on the visuals at first, but quickly reminded potential players of the immense payouts and gameplay features. For example, the game offers to pay out the equivalent of 36,450 times the player’s stake, which is quite something.

As Summerfield jokes, it would be a “dance night you would never forget.” She’s right to say so. Besides, Pragmatic Play only seems to be starting this year. Amid the COVID-19 outbreak, the company has adapted to new development standards, prioritizing the health of staff members.

Yet, despite the slow down in the global economy, Pragmatic Play has brought out one successful title after another this year. Not least, it has focused on releasing a handful of March slots worth your while.

Both ‘The Wild Machine’ and ‘Aztec Bonanza’ released in March, bringing some value to the gaming experience. Whether you are looking to dance the night away or pickpocket some Aztec riches, you have chosen the correct developer.