How to choose a reliable and solid online casino? – PART 2 – Software & Games 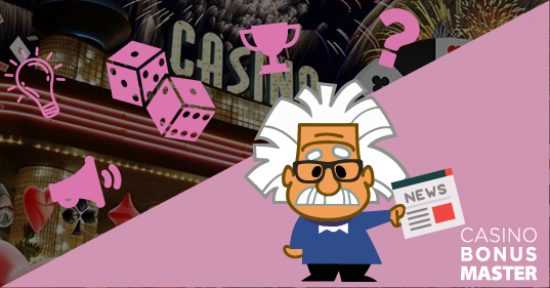 As stated in the previous article, this part will focus on software providers and various games offered by online casinos. Enjoy reading!

For many people, the type of games and the range of such that an online casino offers is the most important factor. And, it’s quite understandable really. After all, what do we actually sign up to a casino to do? Play the games, of course. And in order for a casino to provide such, it’s generally always the case that it needs to work with game developers. There is a small group of platforms that utilise their own proprietary software, of course. However, it’s usually the case that this is incorporated in alongside offerings from other developers. And just like the great number of online casinos that there are, there’s also a huge amount of software developers around today too. And each of these different software providers has its own range of different games. Some focus on a single type of casino game, such as slots, while others create various different genres of games, including card games and more. And often, an online casino will boost its range of games by integrating titles from multiple different developers.

It would be quite difficult to list all of the different developers here, because there are so many. And some of them have higher quality games than others, or have a speciality type of game. However, if you have a favourite developer, or a group of favourites, then potentially you may want to seek out an online casino that incorporates games from these. You’ll find that companies such as Netent and Microgaming are responsible for some of the internet’s most prominent and popular offerings. And that others, such as Elk Studios and Yggdrasil Gaming are bringing forth a new wave of alternative products. However, mixing themselves in with these companies are a whole host of others, that release new games on a regular basis. So, you’ll find casinos offering games from developers like Merkur, Betsoft, Leander Games, Blueprint Gaming, WMS, IGT and the list continues. Now, all of the companies will appeal to different players in their entirety. So, while some players may enjoy Elk Studios offerings, they might not be so phased by something that IGT provides. And vice versa. Again, that’s why it’s always great to see an online casino with a selection of games from different developers.

If you’re an avid casino gamer already, then you’ll know that online platforms can incorporate a multitude of different games. These will also usually be separated into their own categories, so as to make things easier for you to find. Although, that’s not always the case, unfortunately. There is a group of casinos out there who have all their games merged together in one big pile. However, again, different players enjoy playing different casino games. Which is why we’re going to take a closer look at what an online casino often provides to its members.

This particular casino game is perhaps the biggest and most-popular kind overall. There are so many variations and inbuilt features that a developer can work with, that it makes them the most exciting on the whole. Slot games will usually have a general theme behind them, such as a horror theme or an animal theme, and the developer incorporates this into gameplay and design. Slots are such a diverse casino game, that there’s really no end to the possibilities with them. Playing slots is simple too. You simply need to select a wager amount, press the ‘Spin’ button and try to line up three or more of the same icon on a winning bet line. Easy, right? Most of the time, you’ll find that the slots category is the largest one at an online casino. And some of the most popular slot games include Starburst by Netent, Avalon by Microgaming and Da Vinci Diamonds from IGT.

Table games are usually what many people think of first when the word, ‘casino’ is said. That’s because it conjures up imagery of roulette wheels and blackjack cards being dealt. And that’s essentially what the table games section of a platform will incorporate. So, if you prefer playing card games or roulette offerings, this is the area to look out for. The games do tend to require a little bit more skill than what is needed for a slot game, so perhaps advanced users will find more intrigue in them. Card game offerings tend to include such options as the previously spoken of blackjack, as well as others like baccarat, Texas Hold’em poker and Caribbean Stud poker. Meanwhile, you’ll often find several different versions of roulette to be available too, including popular options like European Roulette and American Roulette.

Not all online platforms play host to a set of live casino offerings, but these games are growing ever more in popularity. Essentially, it takes the standard roulette, blackjack, baccarat and other digital table games and inserts them into a live casino setting. They are always accompanied by a live dealer (with the exception of Automatic Roulette), who you can talk to via the game’s live chat function. You’re also able to communicate with other players of the game in this way too. These live casino games are actually able to provide you with an authentic experience. It’s as close to a physical casino experience as you can get from your computer or mobile device.

Video poker games are basically like slot machine versions of poker. You see, the game plays out on a machine-like interface, and it will deal out cards to you. The games usually base themselves on 5-card draw poker, but have several different variations to make things more interesting. So, you’ll find that games such as Deuces Wild sees every number two card serve as a wild. Meanwhile, Jacks or Better – the most common form of video poker – sees payoffs begin at a pair of jacks. If you’re a fan of playing poker as a table game, then video poker may also appeal to you as well.

Hopefully you’ve enjoyed reading part 2. There is more to come, so read on the next part which is about ‘Casino Promotions’ and their terms and conditions.