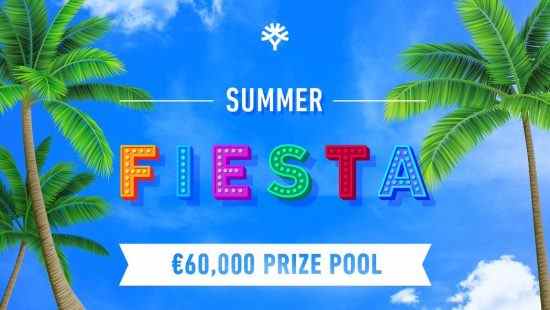 One of the top iGaming providers, Yggdrasil, has released the details of its €60,000 awarding campaign Summer Fiesta. During the event, players will be able to get multiple winnings from the slot titles of the provider.

Unfortunately, we all are aware that half of the summer has gone. Nonetheless, Yggdrasil says it isn’t. Therefore, it announced its unique campaign Summer Fiesta. Between the 10th and 18th of August, players can try to break a leg in a wide range of slot games by Yggdrasil. Furthermore, the company added its jackpot games by combining with these slots. For instance, recently released titles like Jackpot Raiders and Ozwin’s Jackpot will be in the event, as well.

The event will consist of two parts. At the first one, players must open a game listed in the participants and simply play the game. However, during the games, they will have a chance to activate one of cash rewarding games. In addition to them, it is possible to win one of many jackpots in the first stage.

In the second stage, the provider will give missions to players from those participating games. As the event proceeds, Yggdrasil will rank the gamers on a leader board displaying their points. Some of the titles that will include the missions are Spina Coladı, Wild Robo Factory, and Vikings GO Berzerk. Moreover, the upcoming game, The One-Armed Bandit, will also be included.

The operators do not need any set up for hosting this campaign. Plus, Yggdrasil will cover all the prizes by itself.

Yggdrasil is excited to organise this event

The head of player marketing at the company, Ana Georgieva, has made a few statements on behalf of the company. She said they will make some online gamblers’ summer holidays better and more cheerful. Also, she added that they designed this event as offering something for everyone, even for the operators! Furthermore, she indicated that combining special missions with huge jackpots are going to be the reason why Summer Fiesta will make a splash.

However, she ended her statement by saying that even if it is going to take only ten days, they are thrilled to meet their fans.

What is Yggdrasil known for?

Yggdrasil team claims themselves as the creators, innovators, game-changers. Plus, they call themselves as a group of perfectionists who are passionate about developing outstanding games. That is the main essence of Yggdrasil.

Since 2013, the company has been looking for creating the titles that will make the hit. In order to get there, Yggdrasil made a radical move by saying goodbye to flash, and hello to HTML. However, that wasn’t enough for them. That’s why they launched the unique in-game promotional tool in 2015. In the same year, they made a network campaign all across the iGaming industry, which needless to say, rocked the market.

When it was 2016, the company became so popular because of launching its Brag social media sharing tool, missions, and white label studios. The following year, they released Yggdrasil Dragons. And lastly, in 2018, they launched YGS Masters. In addition to these exclusive products, the company is one of the pioneers regarding its top-quality contents. In addition to delivering first-class solutions for the operators, the provider is also popular for its contents. Today, the company is one of the most popular slot game providers for online gaming platforms.

Aside from those above, the company is one of those brands that has been awarded several times. Moreover, it is possible to hear the vendor’s name in the iGaming news because of dominating the red carpets. On the other hand, Yggdrasil can reach out to almost every online casino due to having multiple gambling licenses from various authorities.