The German state of Brandenburg recently updated its casino regulations according to the State Treaty on Gambling (GlüNeuRStv). The authorities opened up to the online casino market for the first time in history with the Glücksspielstaatsvertrag 2021.

According to the latest reports, the state updated the Casino Act of 2007 to explicitly allow online casino games. This means all 16 states in Germany now have a uniform licensing, regulatory, and taxation process for both brick-and-mortar and online casinos. This is welcoming news from one of Europe’s most prosperous nations.

The draft for GlüNeuRStv was issued and approved by the country’s Governors during a special event held earlier. Along with the current changes, the GlüNeuRStv reportedly introduces a barge of changes that the German gambling aficionados will benefit from.

For instance, German operators are now obliged to enforce a bunch of player safety measures. These include a minimum individual stake limit up to €1/$1.20 on video slots, a €1,000/$1,206 monthly deposit cap, and the immediate removal of live-dealer games.

The GlüNeuRStv also plans to limit spin times to five seconds for all video slots, restrict sports betting to upcoming and final goal scorer markets, and introduce a series of cooling-off periods.

Moreover, licensed operators will now be taxed 5.3% on the revenue collected from online video slot and poker. Entain, Greentube, and Flutter Entertainment had previously warned such a tax would drop the channelization rates below 51%. While the authorities seemed to take note, they decided to move ahead anyway. 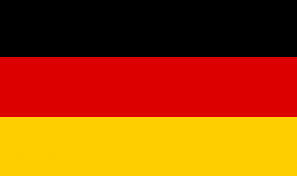 The GlüNeuRStv allows states to carry on with the monopoly on lotteries. The authorities plan to extend this monopoly on a range of lucrative table games soon. Jurgen Hafner, Chairman of the Deutscher Lotto und Totoblock (DLTB), has extended support towards the new regulations. He claims the legislation has been “working effortlessly”.

The legislation allows state authorities to issue new gaming hall licenses to physical casinos. However, the authorities must meet the minimum distancing requirements. Speaking on behalf of the Deutsche Automatenwirtschaft (DAW), Spokesperson Georg Stecker hailed the new legislation, which was in the works for quite some time, as a breakthrough. Stecker added that the regulation brings qualitative criteria to the German licensing process for the first time in history.

Armin Laschet, Minister-President of the North Rhine-Westphalia, reportedly described the GlüNeuRStv as a mammoth change that took quite an effort to pass. The legislators had to deal with conflicting interests and address the varying needs and concerns of all 16 states for its passage.

Laschet’s official statement reads, “The state treaty was a massive task, and its passage proves how federalism continues to prosper in Germany. Arriving at the right conclusions is critical to how we function, even though it might sometimes take more time than initial estimates. In the case of GlüNeuRStv, a joint effort was made by everybody involved to solve a seemingly unsolvable problem plaguing the domestic industry”.