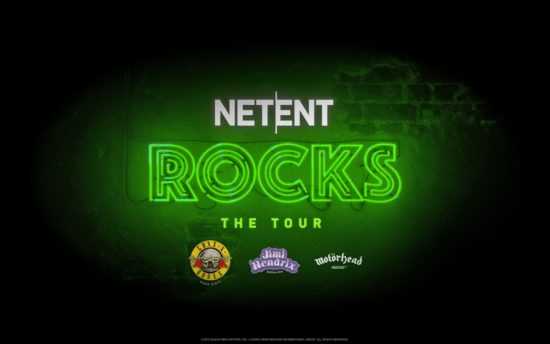 NetEnt has released the new video slot game on the 22th of September. After Guns N’ Roses™ and Jimi Hendrix™, Motörhead is the  last rock video slot of the trilogy. Motörhead is designed with 5 reels and as many as 76 pay lines! And their payout percentage(Return-to-Player)  is 96,98%. You’ll notice while playing the game that it has an unconventional grid reel layout compared to most other NetEnt Slots apart from Dazzle Me Slot which also has the same.

The Motörhead Slot can be enjoyed on desktop but also on smartphones and tablets. The slot is perfect for all type of casino players and bets varies from €0,20 to €200 per spin!

Motörhead has a bunch of in game features, you’ll encounter all of them while playing the game. The wild symbol (an Ace of Spades logo) sometimes appears and it will replace all other symbols to form a winning combo except the Motörhead logo scatter icon. With the Scatter Symbols you’ll have a chance to bag yourself 10 Free Spins.

There are Mystery Reels, that means there are “Mystery” symbols in one or more reels which change to a Scatter symbol to help you win more. Also The Bomber Feature is really “Bombastic”! You can activate this feature randomly before a spin in the main game only. You’ll hear a warning siren when the explosion is about to come! Each ‘bomb’ create at least 10 overlay mystery symbols. And finally simply hit the ‘Rock Mode’ to rock four legendary hits from Motörhead!

Stakelogic Further Expanded After Teaming Up With OlyBet