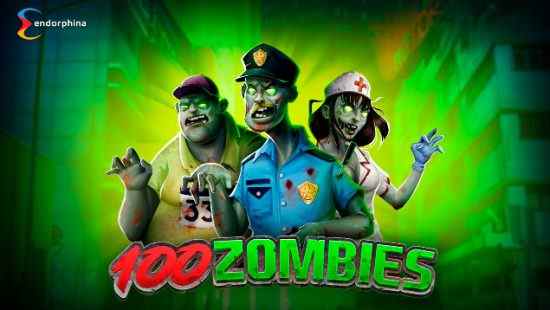 According to the official press release, the 5-reel 4-row video slot is ideal for people who enjoy spooks and scares. The creators further urge the gamers to stay alive while venturing in search of rewards through the game’s 100 paylines.

The plot follows the players around during the zombie apocalypse as the gang of brave warriors is chased around their small town as they fight for normalcy. The studio revealed the mobile-friendly name was chosen exclusively to transport punters into a world of utter shock, chaos, and adrenaline as they faced the “living dead”.

The game’s protagonists include a grumpy old man, a fearless warrior, and an adventurous girl while an army of zombies represents the antagonists. The game comes loaded with bonus features, stacked wilds, and related perks while the re-triggerable free spin round is unlocked when landing at least three scatter symbols.

Players can place wagers between €1 and €1,000 while the paylines can be reduced to 20 per spin, effectively reducing the buy-in amount to €0.20. The Wilds unlock up to 10x stake for a full line and when stacked the total wager can be as high as €1 million. The 100 Zombies video slot has a maximum RTP of 96%, which is hardly surprising considering the high returns on offer.

The stacked wild feature plays a massive role in unlocking the game’s full potential while the scatter is the 100 Zombies logo in red against a golden backdrop. A combo consisting of Wilds alone returns upwards of 10x the total stake per line while the scatter symbol is marked in green with a bio-hazard warning light. 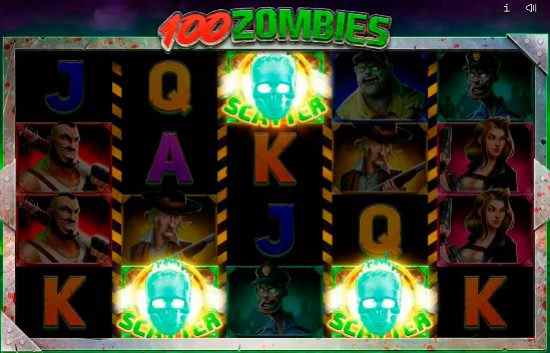 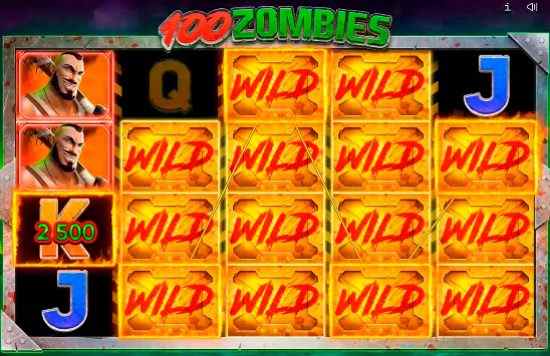 When the scatter lands on reels 2, 3, or 4 it triggers up to 10 free spins. While wilds can stack on the middle reels, further boosting the payout. The feature can retrigger if a new set of scatters appears on the three reels, repeating the cycle. Endorphina definitely went all in with this new title.

One of the highlights of 100 Zombies is the big game area which is overrun with zombies. The graphical representation of the city’s toxicity is on point, and the reels are encased in a metal border, further accentuating the feeling of containment. The standard symbols include J to A while the regular symbols are depicted by survivors, zombies, a girl with pistols, nurse, and a cowboy with a shotgun.

If you like to take your chances, 100 Zombies offer a one-time chance of wagering the winning amount. The round can either amplify the win by 10x or the players end up on square one. The title introduces quite a few novel features, although the theme is tried and tested. However, high-end graphics, relatable soundtracks, and excellent gameplay distinguish 100 Zombies from the rest of the bunch. The title is all set to launch this Halloween!