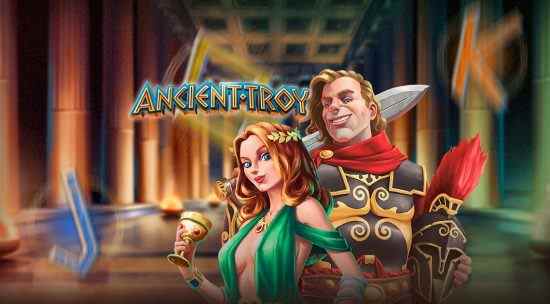 For those informed on ancient civilisations, you may already know about the city of Troy. Anyone who doesn’t, will find that it was located in the far northwest corner of modern-day Turkey. Today, it is known as Hisarlik, but multiple centuries back, it went by the name of Troy and it is widely known for being the location of the Trojan War.

Now, you may be wondering what all of this has to do with anything, but if you knew about the latest Endorphina slot game release, you wouldn’t be asking. You see, the developer has just released its latest game in the form of Ancient Troy. The theme doesn’t delve too much into the well-known Trojan War, though. Instead, it looks to a time of peace and prosperity in the land, with rich graphics coming through to provide a visually entertaining slot offering.

Accessing the slot will allow you to play through a five-reel setup, which comes complete with 25 paylines to bet on. Endorphina has also made it possible for you to select from a variety of different bet possibilities in this one, with options available between 0.01 and 1 in terms of the coin value first of all. You can also change the number of lines that are active, as well as the bet level. With everything maxed out, you will be able to place a maximum wager of 250 coins per spin. You’re also able to trigger a turbo mode to see the reels spinning swifter.

Ancient Troy isn’t all about the base game – even though this is a great part of the slot. It also contains some appealing inbuilt features as well. These start with the inclusion of the wild icon, which is present in the form of the Trojan Horse which was used in the Trojan War. As a wild, this one is able to substitute for all the other standard symbols on the reels, helping you to create wins in the process.

Let’s also not forget about the scatter symbol, which is present in the shape of the entrance gate to the city of Troy. Scatters can come into view in any position on the reels and if they do, they’ll still provide you with a pay-out. What’s more, when you spin three or more of this symbol into view, you’ll also activate the game’s free spins round. Should you do this, you’ll get 10 free spins to play through as a reward. This round also features the Troy Joker Feature, just to increase the entertainment value of the feature even more. With this, you’ll see two stacked jokers come into view on every free spin.

It would seem futile to talk about this Endorphina game without placing a large focus on the overall graphics, too. Ancient Troy’s reels are built up with two statues on either side of them. Meanwhile, the standard symbols range from standard playing card additions through to more thematic additions, including crossed swords and a helmet, as well as a beautiful woman and a Trojan warrior.

On the whole, this Endorphina slot marks another enticing release from the developer, which ensures all players have a thrilling time while spinning its reels.