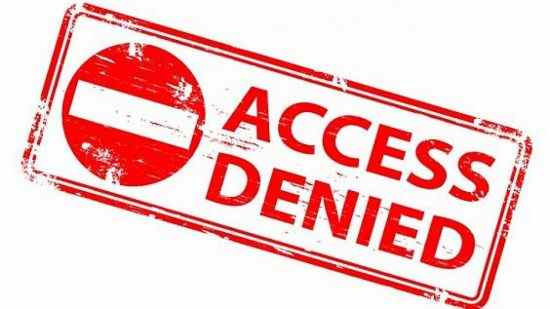 In a big to ensure that Danish gamblers get access to regulated and legal online gaming sites, the gambling authority of the country has blocked access to 25 illegal sites recently.

The Danish Gambling Authority, known as Spillemyndigheden, petitioned the telecommunications providers of the country and successfully got them to place bars on the illegal gaming platforms. The order to do so was also upheld by Copenhagen’s City Court, which means that ISP’s within Denmark are required to ensure that Danish players are blocked from the 10 internet gaming sites. Meanwhile, 15 skin betting websites have also been blocked at the same time.

That all took place on March 25, with the Director of the Danish Gambling Authority, Birgitte Sand saying that the regulatory body’s authority is put to use frequently in a bid to block such websites. “We do this to protect the operators who do have a licence…”, she continued, before also stating that the procedure is in place to protect Danish players as well. Ms. Sand targeted the skin betting sites more so, due to the fact that they “often target children and adolescents under the age of 18” – something that she’s keen to put a stop to.

When it comes to the 10 gaming sites though, one of the more well-known platforms that has been blocked is 1xBet. Various other businesses which are based within Curacao have also been blocked by the authority, such as Oreintxpresscasino and Nordic Casino, which is operated by Equinox Dynamic.

However, as far as skin betting is concerned, this marks the second time that the Gambling Authority has been to court to impose blocks. The first time this took place was back in February of 2018, which resulted in six sites being blocked to Danish players. That number increase to 15 this year, has mainly come about due to the regulatory body employing a new search strategy that focuses specifically on skin betting platforms.

More on Skin Betting and the Danish Gambling Authority’s Decision

While casino gaming is quite well-known to the majority of online gamblers, skin betting may not be. The phrase basically refers to websites where users can place bets on virtual items that they have unlocked in computer games, including armour, weapons and loot drops. These are used as a sort of collateral, which other users can then wager on to add to their own collection.

With the sweep of skin betting sites that have been blocked this year, the majority of them provide wagering on the game known as Counter-Strike: Global Offensive, a first-person shooter offering. The game remains as a highly popular option for eSports bettors.

The decision by the City Court to support the Authority in its petition to block such sites, is something that Ms. Sand welcomed happily, stating that it emphasises that the country is aiming to put a stop to websites that provide illegal games and gambling within Denmark.

Ms. Sand went on to say that the authority will “continue to work purposefully” in order to locate even more illegal gaming and skin betting websites that are providing their services to the Danish market. However, she made a note that the work necessary to both document and place bars on such sites can be quite complicated on the whole.

Yet, even with this being the case, she said that the Authority will continue its efforts in tackling illegal gambling, especially where skin betting is concerned. These sites will often involve children experiencing computer games that can lead to gambling, so it is in the best interest of the country that other methods of ridding the country of these illegal pages are being utilised.