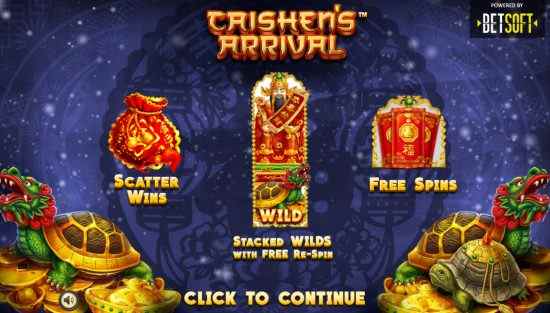 A leading online casino gaming vendor, Betsoft, has released its new video slot Caishen’s Arrival. The game focuses on a world of riches full of boundless wealth. With high-quality graphics and cinematic gameplay, this game is going to be on the top lists of most online gaming platforms.

Slot machines with ancient China themes are one of those most popular types in the industry. Every month, there are a couple of slot games released by a number of vendors. However, only a few of them, like Caishen’s Arrival, can survive in this dynamic and hungry market. Apparently, this title is going to be a formidable advisory to the others.

With this latest release, Caishen’s Arrival, Betsoft is coming for taking you through the wealth of ancient China. The game has been created with a standard 5 reels and 3 rows grid totalling 25 paylines. The theoretical RTP percentage is set at 95.74%. Punters can win up to a maximum of 33817 times their total bet.

During your journey through the treasure, your path is full of unexpected possibilities. From money trees to golden artefacts, there are a lot of gleaming features to make your day. Of course, the usual symbols, such as letters and numbers join those icons throughout Caishen’s Arrival. Furthermore, even the majestic Caishen is there for making a splash with you! If you can meet this God of Wealth, it works as the wild symbol.

However, wealth is not just that! Caishen’s Arrival has an exclusive offer for you, which is rewarding ten free spins with a multiplier of 3x on all wins. In order to trigger the free spins bonus round players need to collect the fortune-clad Red Tickets on both the first and last reels. As a result, the golden stones of your path shine one by one. Also, throughout this game that is full of winning potentials, you will have a chance to multiply your bet by up to 35000.

Other features of the slot game include the Caishen’s Wild and Coin Purse Scatter. In case of the first, if you stack 3 or more special Caishen Wild symbols, it wil take you to a full reel wild respin for possible high wins. The latter feature will result in a cash reward as soon as players land three or more Coin Purse Scatter symbols anywhere on the reels. 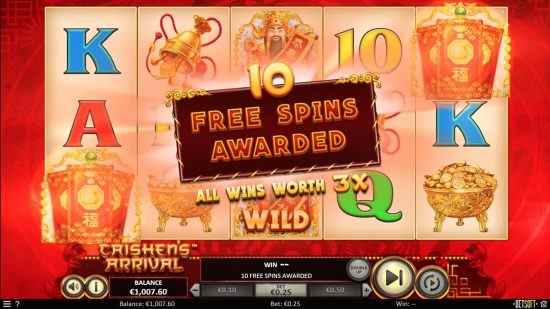 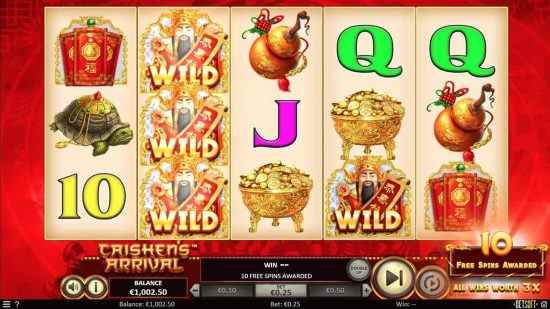 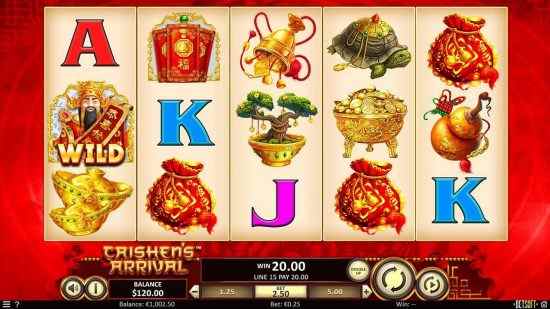 A special addition to the Red Dragon series

Due to the fact that the Asian market is rising in the iGaming world, Betsoft has been aiming to reach there for a while. Therefore, it created a special collection, the Red Dragon series. After the huge success of the first game, Bamboo Rush, the vendor once again hit the jackpot with Caishen’s Arrival.

As a member of this premium collection, Caishen’s Arrival has the design of a unique cinematic display and colourful and charming theme. In addition to the visual benefits, the title has special features of the collection, such as having enormous winning opportunities with fast-paced gameplay.

Betsoft’s statement after this release

After making this extraordinary debut, Annamaria Anastasi, who is the marketing director of Betsoft Gaming, has made a few statements. Throughout her speech, she pointed out that this game is a brilliant addition to their exclusive Red Dragon series. Moreover, with its sky-high multiplier and a number of paylines, it will meet the players’ expectations so well.

What is Betsoft Gaming popular for?

If you are a player that enjoys playing with the top-notch vendors, you probably know Betsoft. It is one of the biggest vendors in the entire online casino industry. Since 2006, the company has successfully supplied more than 200 contents to the online casino operators around the globe. Moreover, due to the passion, it has for creating the future, the vendor’s portfolio contains over 190 RNG games. Today, this Malta-based company has its presence in 15+ regulated markets, including the most popular ones.

Nevertheless, the vendor recently has made its mark in the market with the game-changing title, Max Quest: Wrath of Ra. With this game, Betsoft gets the Innovation in RNG Casino Software award in the biggest industrial event, EGR B2B Awards 2019. After this remarkable moment, the company gathered momentum and released a couple of games that break the ground. Today, regarding its strive for greatness and hunger for innovation, Betsoft stands in a position that most vendors envy.