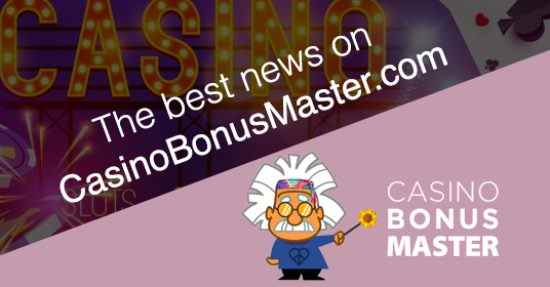 The Aspire Global brand has found itself on the wrong end of Sweden’s gambling authority, Spelinspektionen. For failing to adhere to the country’s self-exclusion regulations, Aspire has been handed a fine of 3 million Swedish Krone (around €285,630).

It’s a necessity of operators that hold a licence in Sweden to integrate with Spelpaus.se, which is Sweden’s self-exclusion program for those who wish to remove themselves from gambling. These regulations came into effect on January 1 this year when Sweden proceeded with its own fully regulated online gambling market. Yet, it seems as though the Swedish subsidiary of Aspire Global – AG Communications – has had to deal with various issues.

It was back in January that the Spelinspektionen authority contacted AG Communications regarding the failure in following the rules. It even warned the company that its licence could be revoked if speedy action was not taken by the operator to rectify the circumstances.

The response from AG Communications was that it was suffering through technical problems, which was stopping it from integrating into Spelpaus. It handed over a date of January 23 as to when it believed these technical faults would be fixed, and it proceeded to block access to Swedish players until these faults were rectified.

Things seemed to turn around quicker than that date though, as it successfully integrated into Spelpaus on January 15. Following this integration, AG Communications once again provided access to Sweden’s gambling market. Prior to being able to integrate, the operator said it had been using a manual system to control access and a number of players had managed to bypass this and, in the process, access its games. There were 34 accounts suspended as a result of this.

Even though AG Communications had integrated with Spelpaus, some players still had the ability to access the games from it, despite being on the self-exclusion list. Again, the operator blamed the outcome on technical faults. Seemingly, these problems continued on until February 8, which was when AG Communications managed to develop a solution to clear it up.

Spelinspektionen investigated the situation and said that, despite the operator putting in an effort to rectify the issues, it had failed to properly address such problems until February 8, which was more than five weeks after the integration with Spelpaus should have been completed. Not only that, but the regulatory body went on to point out that Aspire had allowed Swedish players to continue accessing its sites, even though error messages continually appeared during registration.

It was with this in mind that the regulator concluded that AG Communications had allowed access to Swedish players who had self-excluded and because of this, the operator had not successfully fulfilled duties as a holder of a Swedish gambling licence.

Because of the communication between the operator and the regulatory authority, as well as the fact that AG Communications had taken action to rectify the issue, Spelinspektionen chose not to revoke the licence. Instead, a fine was handed out to the company alongside an official warning.

AG Communications is the owner of several online white label gambling brands, with popular casinos like Karamaba.com, goliathcasino.com and vikingslots.com, amongst others all coming under its umbrella.

This isn’t the first operator to have fallen on hard times with the Swedish authority, though. Spelinspektionen has placed a prime focus on the self-exclusion scheme since the regulated market began operating earlier in 2019, and it has handed warnings out to several licensees in relation to this.

In fact, it was only last month that Genesis Global and PAF Consulting both received fines for breaching licence regulations. The former was handed out a fine of SEK 4 million alongside an official warning, while the latter was reprimanded with a fine of SEK 100,000.