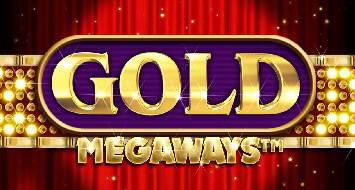 Gold Megaways is the successor of Big Time Gaming’s 2014 slot called Gold. The two titles are based on a popular song released in the 80s with the same name by Spandau Ballet. Like any other reboot, Gold Megaways has received several improvements and a fancy facelift. Join us as we uncover everything about this title in this Gold Megaways slot review.

Gold Megaways is a video slot featuring six reels that generate 2 to 7 symbols per spin, leading to 117,649 ways to win. Impressively, the pay ways can increase up to a whopping 1 million lines during free spin rounds. With so many ways to win, all you have to do is simply land 3 or more matching symbols on adjacent reels from left to right. Don’t worry about your budget as well since you can adjust your stakes from €0.05 to €20 per spin. 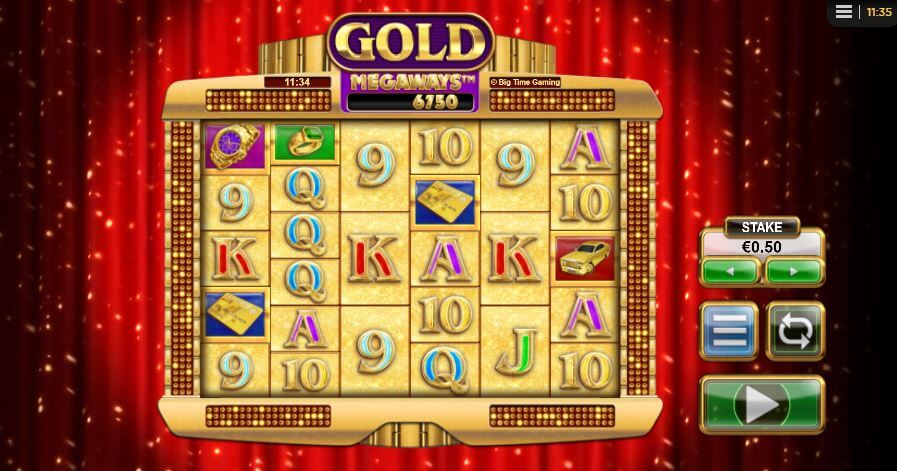 The theme and design of Gold Megaways is all about a luxurious golden lifestyle. Everything on this slot is “Gold”, from a list of royals with a golden background to premium symbols that are made with gold. The soundtrack in the Gold Megaways is, of course, the legendary hit song from the 80s Gold by Spandau Ballet.

This year is the seventh anniversary since Big Time Gaming released Gold video slot. And we believe, to celebrate its anniversary, the guys at Big Time Gaming decided to remake this once-hit slot and include some additional features while doing so. Let’s check how these new features work! 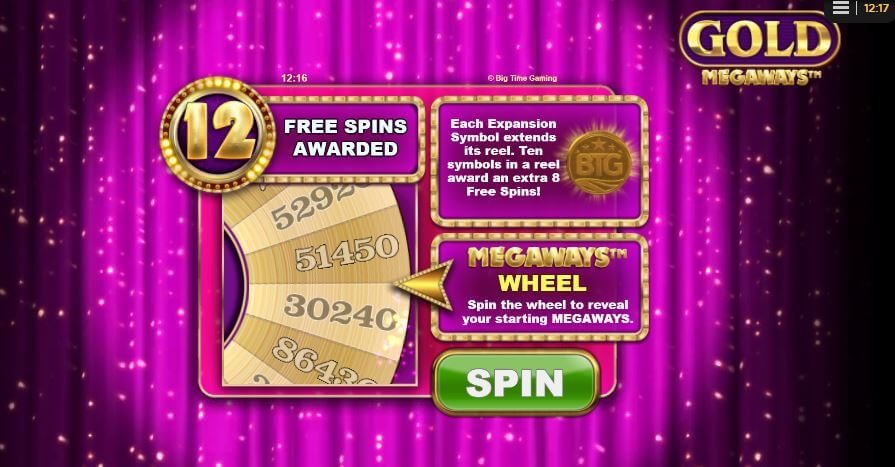 Golden briefcase act as the wild symbol in this slot. It appears on reels 2, 3, 4, and 5 to replace other symbols creating a winning combination.

When you get a prize worth 70x your bet, the game gives you an option to trade your win for free spins and cash for the remaining amount. This feature has a green and red segment of a wheel. If you hit green, you will get rewarded 12 free spins and lose your gamble when you hit the red section. 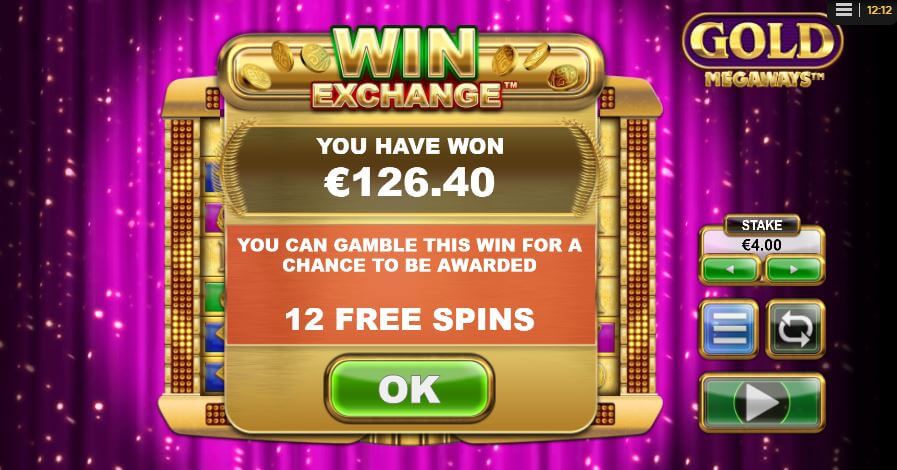 Free spins are triggered by three BTG Logos, which are scatter symbols. These symbols will award 12 spins and four more free spins for every other scatter after that. During free spins, a megaways wheel will be presented, which will reveal the number of ways to win, starting from 14,000 to 117,649 when you spin the wheel. 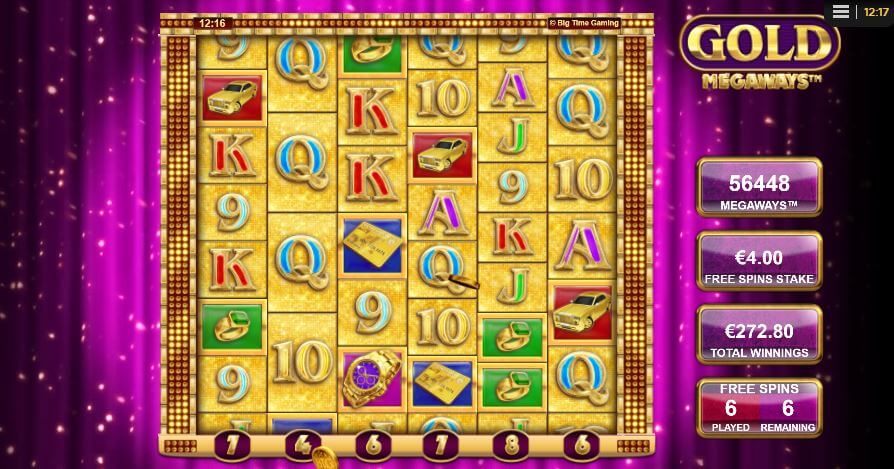 During free spins, another thing that can happen is expanding symbols falling on reels to replace two new symbols and expand the reel size by one. If you can expand the reels to 10 rows, you can have up to 1 million ways to win. While at it, you can get ten symbols on a reel to get an additional eight free spins.

Gold Megaways has an attractive Return to Player of 96.42%. The game has high volatility, which is balanced by special features such as expanding symbols and free spins to maximize payouts. The slot also has a megaways mechanic, which boosts payouts.

Big Time Gaming is known to consider its clients when designing casino games. As such, the developer used HTML5 to design Gold Megaways, meaning the game is optimized for all devices, including desktops, smartphones and tablets.

We can say that the new Gold Megaways tries to stay true to the original title. The two titles certainly have some similarities, namely, gold symbols, flashing lights, visuals, and a six reels grid. But, Gold Megaways has a fresh look, including a red curtain behind the reels and 1 million ways to win. As a highly volatile video slot, Gold Megaways is suitable for pro players, patient enough for the highest payout.