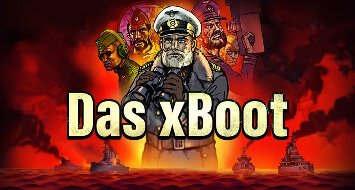 Das xBoot is a new online slot from Nolimit City. Das Boot is a critically-acclaimed movie shot in 1981. Regarded as one of Germany’s biggest films, it is based on a book of the same name by Lothar-Gunther Buchheim published in 1973, where the author recounts his adventures in the dangerous seas of the Atlantic ocean during the Second World War on-board of a German U-96. If something has been taught to us by NoLimit City, it’s that they’re not a typical game development company. They took the idea of Das Boot and converted it into Das xBoot, a fun yet slightly complicated slot packed with an arsenal of bonus games and free spins bonuses. Read our Das xBoot review to learn more about it.

The Das xBoot slot has a genuine mix of functions and mechanisms that have been all rolled in one from older NoLimit slots. The visuals and effects are full of Das Boot, and the action is set on the side of the subway, specifically in a relatively murky grey sea. NoLimit City didn’t end this only with the visuals, as the audio is on par too. In the background, you’ll hear an engaging yet daunting soundtrack here to accompany you. 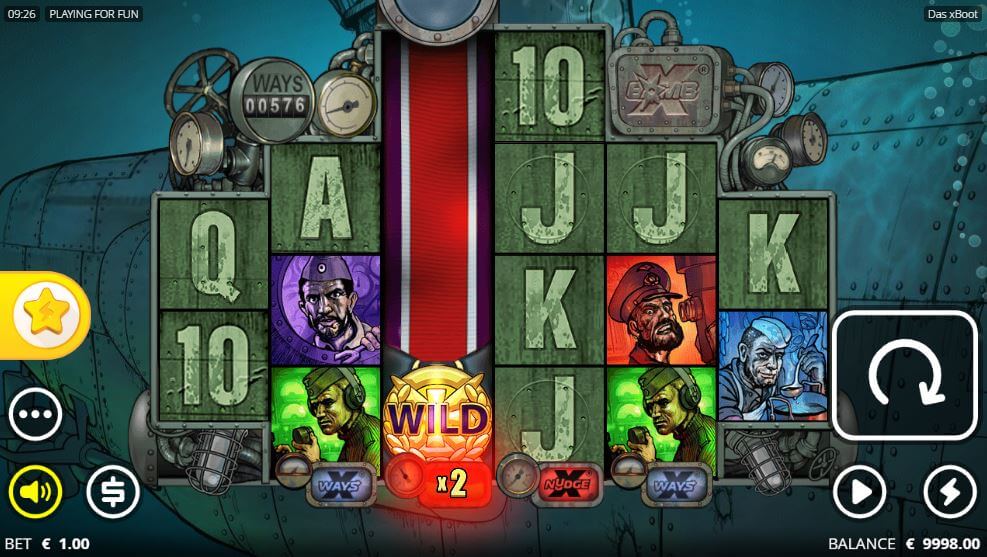 When it comes to the other details, in-game wins occur at a rather average rate, with a hit frequency of 22%, while free spins trigger quite rarely. When we dive down to the symbols, you’ll find a couple of low-pay ones, like the cards 10, J, A, K, and Das Boot’s crew members like the engineer, chef, and captain. The Captain Lieutenant gives a 20x times your stake reward for landing 6 on the grid, making it the most valuable symbol in the Das xBoot slot.

The xNudge Wild got its name from its feature – it constantly nudges, making it almost always visible. With every consecutive nudge, the multiplier of this symbol increases by 1, stacking up until you land it. Still, keep in mind that this wild doesn’t just land anywhere, as you can only get it on reels 3 or 4. When you do get it though, the total of its multipliers gets triggered and added to your win. 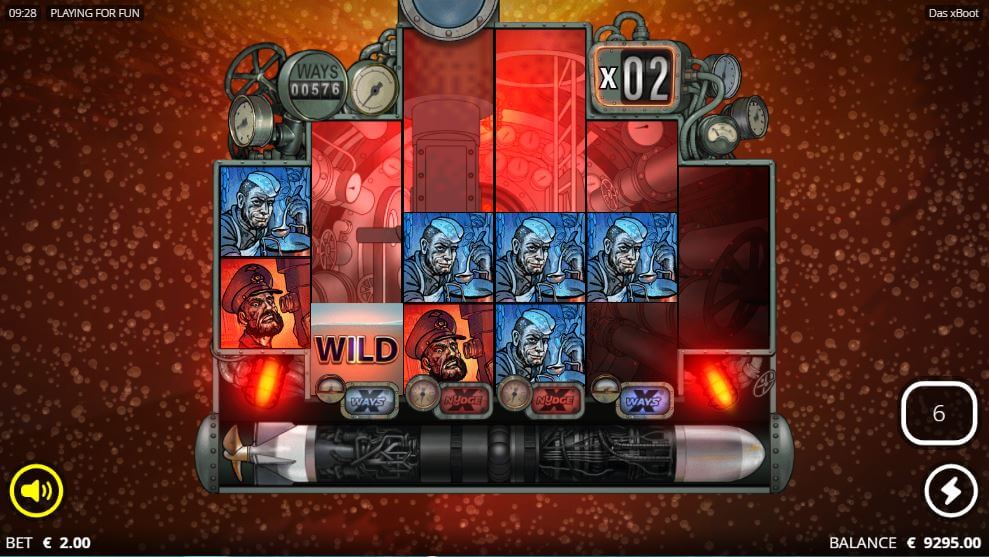 It’s obvious that NoLimit City wanted to make this a wild slot, pun intended. The xWays wild can only appear on reels 2 or 5, and when it does, it reveals at least 2 other symbols near it. Unfortunately, this feature doesn’t stack, so landing multiple of these on a grid won’t reveal more symbols.

Once you land an xBomb Wild symbol on your grid, it increases the win multiplier by +1, and the symbol then explodes, destroying the non-winning symbols on the grid. After bursting, the explosive xBombs will transform into wild symbols, substituting any symbol you need to make a win. After the explosions pass, all the remaining symbols fall to the bottom of the grid. Finally, the wild multiplier you got in the beginning gets applied to your current win. 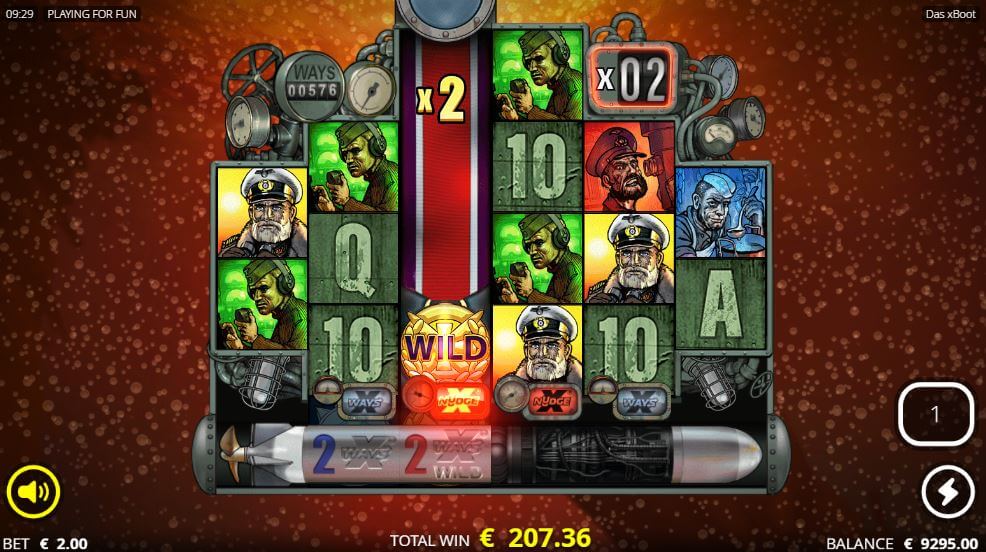 As a final note, always keep a watch out for the game’s scatter symbol, represented by the sonar screen. Landing 3 of these bonus symbols will trigger 8 Free Silent Hunters, and having at least 4 will activate the 8 Wolf Pack Spins. When the Wolf Pack free spins activate, it will initiate a torpedo launch sequence beneath the reels, triggering a rising multiplier. Every time a new torpedo hits the grid, the win multiplier will again increase, up to 9x.

To summarize, we think that Das xBoot feels quite light, making it a well-balanced project for a slot based on WW2’s risky terrain. Keep in mind that this video slot is packed with bonus features, so you should play responsibly and take the game slowly. Additionally, the volatility is sky-high, so we recommend starting with a low budget and slowly working your way up once you feel confident. Finally, we would recommend you gamble responsibly and try the slot in a demo mode first, so you won’t risk any real money.