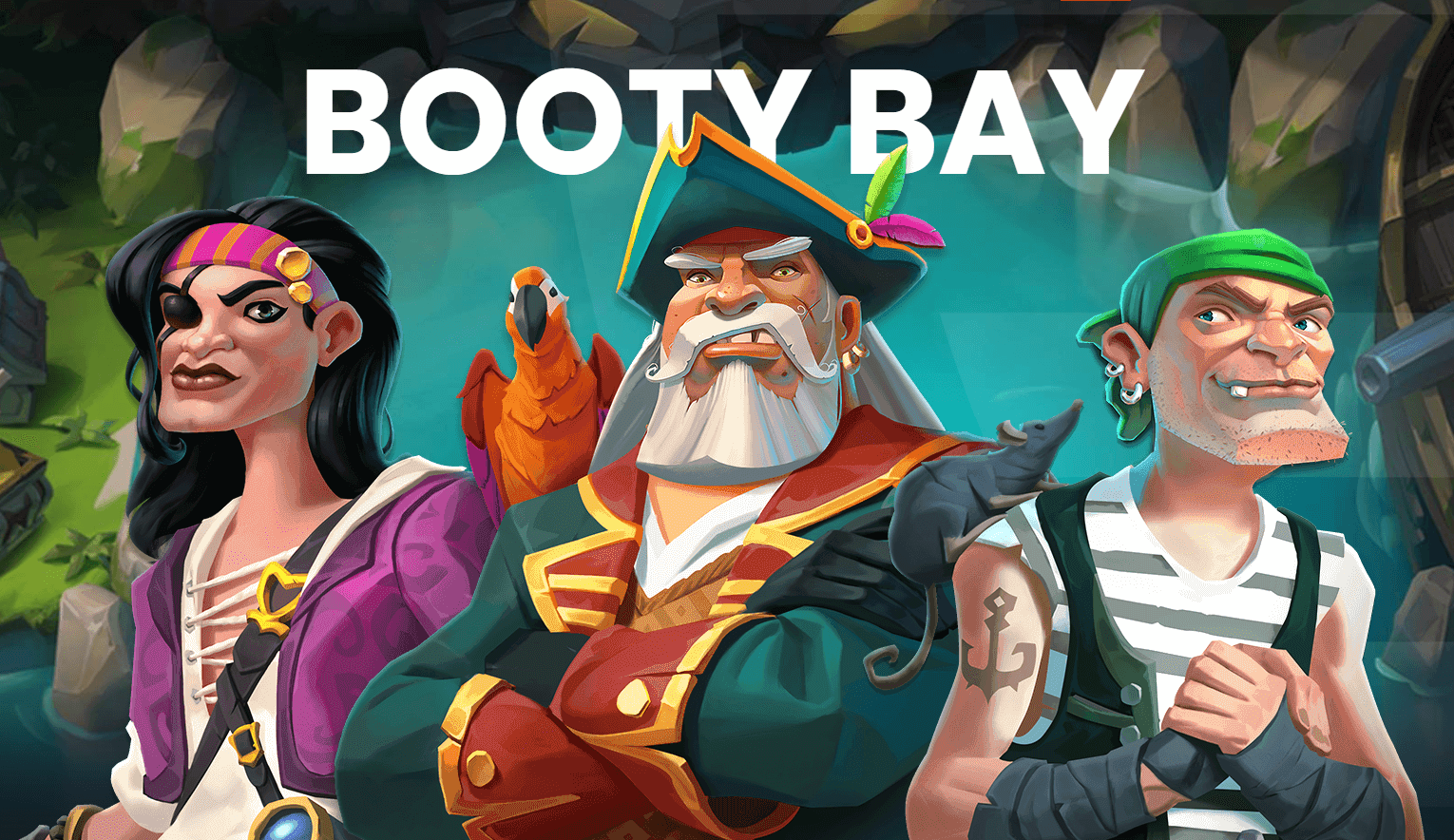 Relatively, Push Gaming doesn’t publish as many new slots as other providers such as Pragmatic Play or Play’n GO. However, if one is developed and released we almost know with certainty that it is going to be good, or at least new and innovative. The supplier has released many popular slots already, including but not limited to Razor Shark, Jammin’ Jars (2), Fat Rabbit, and Mystery Museum. Their latest release is called Booty Bay. In this review we will have a closer look at this new slot game from Push Gaming. So, read on to get acquainted with Booty Bay!

Before heading into the bonus features of Booty Bay, we’ll take a look at the general game properties. To start, Booty Bay works with a ‘Cluster Pays’ mechanism on a 5 by 5 grid.  Groups of 6 of more adjacent symbols make winning combinations, as long as they are connected, from top to down or left to right and vice versa. Players can choose to bet from €0,10 up to €100 per spin. The maximum possible win stands at a solid 20.000 times stake. For this reason the game can be qualified as highly volatile. Lastly, the payout percentage (RTP) is slightly above the industry average with a firm 96.41%.

The slot has a cartoonish pirate and treasure theme. The overall design is quirky though really slick, as we are used to from the Push Gaming design team. The game symbols include various low paying symbols such as bronze, silver and golden coins together with a compass, a monocular and the ale jug. Furthermore, the premium and high-paying symbols in this game are featured as different pirates. A junior pirate symbol in green. A lady pirate in purple and last but not least a boss pirate with red symbols colours. The slot also features various bonus symbols with their own functions.

First and foremost, Booty Bay doesn’t have a standard free spins bonus like we are used to from classic video slot games. Instead the game is full of different mini bonus games that can be triggered in the so-called Hot Zone. This works as a 3×3 square in the center of the grid shown as a sandy beach. Certain symbols that land on this Hot Zone area can trigger the different bonuses. These include Booty Wild (Progressive Unlimited Free Spins), Swirling Rapids, Locking Wilds and Triple Wild Lock. Apart from the aforementioned mini features, Booty Bay also features a pick and win game which is called Treasure Map. Let’s dig deeper.

The Treasure Map feature can be triggered by landing a treasure scroll symbol anywhere on the reels, thus not only when it lands in the Hot Zone. As soon as the feature is triggered the treasure scroll opens up showing 6 different prizes to pick from. These can contain coin wins, a wild symbol or the Locking Wilds and Swirling Rapid bonus features. 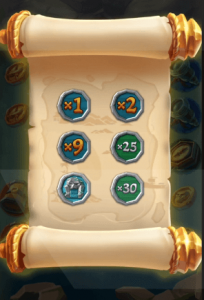 This feature is the one you’ll likely encounter the most, as it is triggered as soon as a Booty Wild symbol (the Golden treasure chest) lands anywhere in the center Hot Zone. In this feature all wild symbols become sticky and move to other adjacent positions on the reels during the re-spins initiate. If any of the wild symbols land, or stay on the Hot Zone their multiplier value will increase with 1. The re-spins end when all wild symbols exit the Hot Zone. So, you really want to keep the wilds in the middle to grab some big wins. 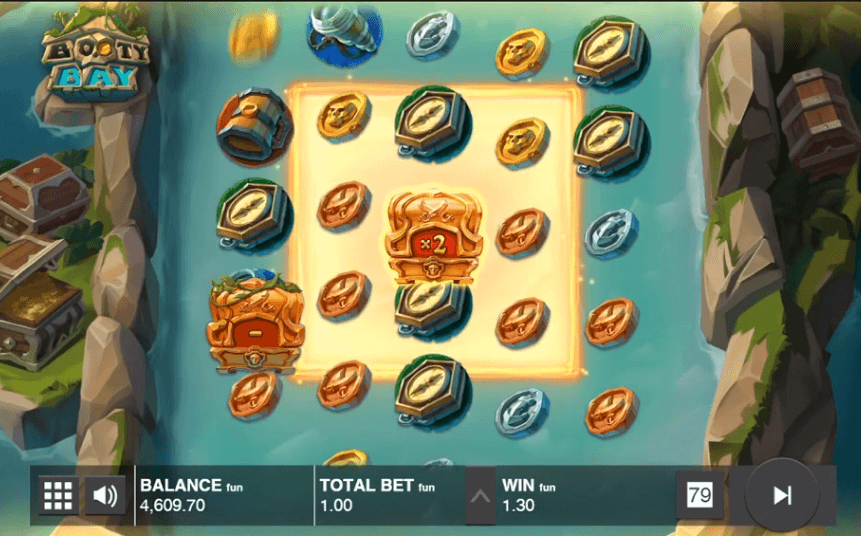 The Swirling Rapids feature is triggered once the Swirling Rapid Symbol lands on the reels and there’s also a wild symbol present somewhere. Again, not only when it lands on the Hot Zone, any position will suffice. You’ll then get awarded with a re-spin. The Wild symbols then will be moved into the Hot Zone and their multipliers will increase with 1. You really want to look out for this feature during your Booty Wild Feature. If this triggers within the latter feature with lots of wilds and high multipliers, than you can count on some mind blowing wins. 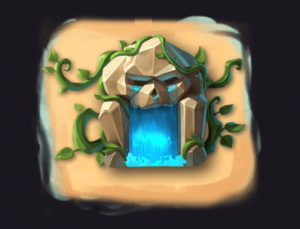 The Locking Wilds feature triggers if Locking Wild symbol lands anywhere on the reels. All wild symbols within the Hot Zone get locked in place for 3 re-spins that follow. This also applies for new wilds that move into the Hot Zone during the re-spins. Their multipliers also increase with 1 after each re-spin. After the 3 re-spins the wilds get unlocked again and start moving on the 5by5 grid up until none of them are in the Hot Zone anymore and the feature ends.

It is also possible to re-trigger the Locking Wilds feature. If the symbol lands again whilst the feature is still active, the re-spins amount will be reset to 3 again.

We have to say that Push Gaming once again got the job done. Needless to say, as you have read here above, Booty Bay is full of action with all these different bonus games. If we add the fact that this game can pay very big, like 20.000 times the stake, we have a keeper! The slot definitely keeps you engaged because there is something exciting happening every few spins. Although the game has similarities with Fat Rabbit, it still brings something new and innovative, which is really good!